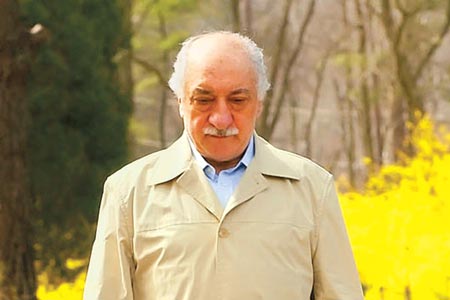 On Thursday, Nov. 4, an event to promote intercultural dialogue titled “Making Peace With & In the World: The Role of The Gulen Movement in the Task of Eco-Justice,” took place in the Student Center.

Sponsored by the Philadelphia Dialogue Forum, the Rumi Student Association and Temple’s Department of Religion, the conference consisted of religious scholars and environmentalists discussing Gulen’s influence on encouraging peace in humanity.

“We’ve held conferences nationwide colleges and cultural centers,” said Philadelphia Dialogue Forum President Omer Genc. “There must be dialogue between people of different faiths to achieve peace around the world.”

During the years of political turmoil in Turkey, the youth was attracted to extremist ideologies via the violent polarization of socialism and nationalism. Gulen strove to inspire the Turkish youth toward an apolitical way of service to society, based on a peaceful lifestyle.

The conference featured many influential speakers such as Professor of Religion Dr. John Raines, who promoted unity between human and environment.

“Runaway capitalism is the material idolatry that now owns and runs the world,” Raines said.

As an example of the eco-justice initiative, Pahl mentioned the “development of green industries” to make “biotechnology sustainable.”

“Having a campus with such diversity is a nice opportunity to learn about and embrace multiple cultures,” said Genc.

“Students should seek out varying religious organizations to better understand their beliefs. Temple has a great atmosphere for participating in open, peaceful dialogue.”

Reflecting on the conference, Pahl expressed not only his interest in working with the attendees in the future but also his appreciation to Temple.

“It is good to know that others are active and care about these issues of eco-justice and peace,” Pahl said.

“As a researcher of violence and religion, I’m inspired to pursue my studies due to the shared enthusiasm by these international scholars,” Pahl said. “I am very grateful that Temple hosted this event. With its state of diversity, promoting open dialogue has always been Temple’s greatest asset.”

“It is the heart of what Temple stands for.”

John Corrigan can be reached at [email protected]