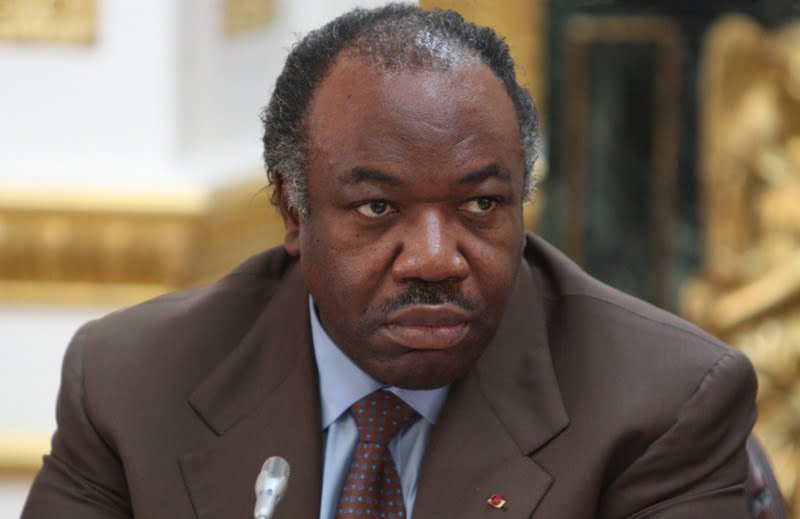 After the arrival of the 13 Turkish nationals in İstanbul the police reportedly released the spouses and children of the teachers, who were taken to the police department for interrogation.

The spouses and children of three detained executives of the Ecole la Lumière, a school in Libreville that is affiliated with the Gülen movement, were taken into custody by Gabon police on Saturday evening. Police had previously detained school principal Osman Özpınar, director of pedagogy İbrahim Akbaş, his spouse and school accountant Fikriye Akbaş and school employee Adnan Demirönal, apparently under pressure from Ankara. Fikriye Akbaş was later released on Tuesday evening.

Sources in Libreville had told the Stockholm Center for Freedom (SCF) that at 8:30 p.m. on Saturday the spouses and the children of the three detained Turkish nationals were also taken into custody by Gabon police. After sending a text message to friends in Gabon saying, “The police are here, they want to take us into custody,” their friends in Libreville never heard from them again.

The sources in Libreville said that as Fikriye Akbaş was being detained again on Saturday evening, Osman Özpınar’s wife, Nesibe Özpınar, and Adnan Demirönal’s wife, Derya Demirönal, and the three couples’ seven children were also taken into custody by Gabon police.

The ordeal started on March 15 when police came to the school at around 11 p.m. to detain Osman Özpınar and İbrahim Akbaş, followed by the detention of Demirönal a week later. The normal detention procedures were not followed for the Turkish nationals despite complaints by two local attorneys who took up their cases.

Gabon authorities initially alleged document forgery on the part of the school as the reason for the detentions, stating that the transfer of the school’s ownership to French company Mavna Cap on June 13, 2017 was fraudulent. In a comment to SCF, company officials denied the claim, saying that there is no basis for such an accusation. It turned out that Gabonese national Balla Ndiaye, who kept a 1 percent share in the school ownership while 99 percent of the shares were purchased by the French company last year testified to the prosecutor that he indeed signed the papers but that he hadn’t read what was written at the time.

When the accusation of document forgery collapsed with the testimony of Ndiaye, the Turkish nationals should have been released from police custody. When that did not happen, authorities leveled a new charge, this time of “posing a threat to the internal security of Gabon.” But the new charge was not reflected in the charging documents of the prosecutor’s office.

In the meantime, police also asked the family members of Osman Özpınar and İbrahim Akbaş to turn over their passports, but the families refused for fear of immediate deportation to Turkey, where they will most likely face torture. This time police detained Nesibe Özpınar on March 23. With the intervention of the local representative of the United Nations High Commissioner for Refugees (UNHCR) in Gabon, the Turkish families gave their passports to the police on the promise that they would be returned after a quick examination. Nesibe was released on March 26 but the police never returned their passports.

The attorneys for the Turkish nationals have said that the prosecutor’s office has not yet initiated any formal procedures for their extradition to Turkey. Compounding matters further, Fikriye Akbaş was also detained Tuesday.

French human rights lawyer Richard Sedillot, who came to Gabon to investigate the detentions, said the case of the Turkish educators appears to be related to Turkey as he saw an embassy vehicle in front of the police station, and two Turkish Embassy employees were waiting inside the station when he paid a visit to the police.

The local sources also indicated that the United Nation’s office was alerted about the arbitrary detentions because both Özpınar and Akbaş were concerned about their safety and formally requested UN protection in July 2017.

Turkish President Recep Tayyip Erdoğan said on Saturday that the Turkish government would continue chasing the alleged followers of the Gülen movement abroad and bring them back Turkey. Speaking at a ruling Justice and Development Party’s (AKP) congress in the southwestern province of Denizli, Erdoğan said: “Some 80 FETÖ terrorists have been brought to Turkey. We will chase them no matter where they escape to,” adding: “As you know we nabbed six senior members of FETÖ. We caught them in Kosovo and brought them here.”

“FETÖ” is a derogatory term coined by ruling AKP and Erdoğan to refer to the Gülen movement.

The Office of the United Nations High Commissioner for Human Rights (OHCHR) in late March 2018 exposed the details of torture cases in Turkey last year and called on the Turkish government to enforce its proclaimed policy of zero tolerance for torture.

The Turkish government has been trying to snatch Gülen supporters around the globe and so far has succeeded in a few countries where the rule of law and fundamental rights and freedoms are problematic. Most countries including the US have balked at the formal extradition requests of the Turkish government, asking for solid evidence indicating criminal activity.

Meanwhile, President Erdoğan’s lawyer Hüseyin Aydın said Turkish intelligence officers could be involved in more abductions around the world in the coming days. Speaking to the state-run TRT radio, Aydın was asked if the Turkish government has had a “paradigm change” in its crackdown on the Gülen movement, in a reference to the abductions of the Gülen movement-affiliated teachers in Kosovo.

The Kosovo operation was not the first of its kind, Aydın said, and added that “fugitive Gülenists will walk looking behind their backs all the time. The National Intelligence Organization will continue its operations everywhere. After the government’s success at home, there was a need to carry out operations targeting the movement’s overseas network. I think similar operations elsewhere will be carried out in the coming days insofar as legal circumstances permit.”

So far, a number of countries including Saudi Arabia, Malaysia, Georgia, Pakistan, Sudan and Myanmar have handed over academics, businessmen and school principals upon the Turkish government’s request despite the fact that some of those victims already had refugee status with the United Nations.

US media last year reported that Fethullah Gülen, who has lived in self-imposed exile in Pennsylvania since 1999, was part of a potential bargain between former Trump National Security Advisor Michael Flynn and top Turkish officials.

An alleged plan that involved Flynn forcibly and illegally removing Gülen in return for millions of dollars is being investigated by Special Counsel Robert Mueller, The Wall Street Journal reported on Nov. 10, 2017.

Michael Flynn and his son, Michael Flynn Jr., were to be paid as much as $15 million to hand Gülen over to the Turkish government under the alleged proposal, according to people with knowledge of discussions Flynn had with Turkish representatives during a reported meeting in December at the 21 Club in New York City.

The alleged meeting to discuss the kidnapping of Gülen followed another meeting in September in New York between Flynn and Berat Albayrak, energy minister of Turkey and President Erdoğan’s son-in-law, and Foreign Minister Mevlüt Çavuşoğlu, with the attendance of former CIA director James Woolsey, who described the proposal to The Wall Street Journal as “a covert step in the dead of night to whisk this guy away.”

President Erdoğan and his ruling AKP government pursued a crackdown on the Gülen movement following corruption operations in December 2013 in which the inner circle of the government and then-Prime Minister Erdoğan were implicated.

Erdoğan also accuses the Gülen movement of masterminding a failed coup attempt in Turkey on July 15, 2016. Despite the movement strongly denying involvement in the failed coup, Erdoğan launched a witch-hunt targeting the movement following the putsch.

A total of 62,895 people were detained in 2017 as part of investigations into the movement, according to Interior Ministry reports. The number of people who have been investigated for alleged ties to Gülen movement reached 402,000 in March 2018, the state-run Anadolu news agency reported on March 15.

Turkey has suspended or dismissed more than 150,000 judges, teachers, police and other civil servants since July 15, 2016 through government decrees issued as part of an ongoing state of emergency declared after the failed coup attempt.