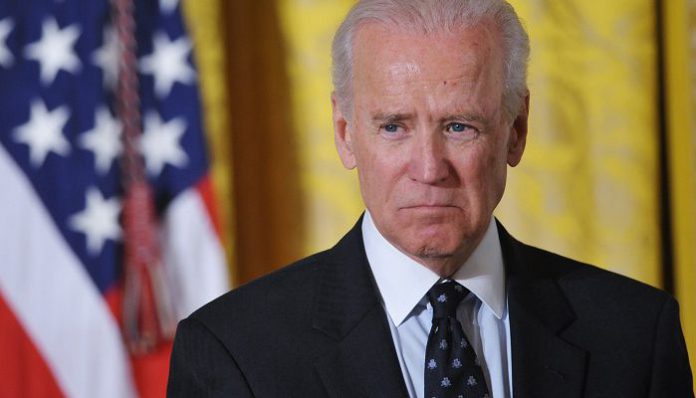 US Vice President Joe Biden watches as US President Barack Obama speaks during an event for the Council on Women and Girls in the East Room of the White House on January 22, 2014 in Washington, DC. AFP PHOTO/Mandel NGANMANDEL NGAN/AFP/Getty Images

Washington-based Turkish journalist İlhan Tanır wrote in his blog on Friday that he inquired about Bozdağ’s claims through his sources in the White House and that Biden’s assistant denied that he had made such a statement to Bozdağ.

“On background, the vice president said that our legal experts are still reviewing on the extradition request and did not indicate there was concrete evidence,” Biden’s assistant told Tanır via email.

Quoting Bozdağ, Turkey’s state-run Anadolu news agency reported on Thursday that Biden admitted that Ankara had provided “concrete evidence” about Gülen being the mastermind of a coup attempt in Turkey on July 15. Bozdağ made his remarks as he answered reporters’ questions while accompanying President Recep Tayyip Erdoğan on a visit to New York for the UN General Assembly.

The Justice and Development Party (AKP) government and Erdoğan put the blame on Gülen for masterminding the coup, repeatedly denied by Gülen in several interviews with international media. Despite the fact that Gülen’s extradition has been kept a hot topic in Turkish domestic politics by Erdoğan, the Washington administration has said on several occasions that it would extradite Gülen only if Turkey provides evidence, much to the frustration of Turkey’s AKP government.

US officials, including Vice President Biden, have several times said that it is the US courts that will decide on Gülen’s extradition if a case is filed against him with concrete evidence that shows his involvement in a crime.

In August State Department Deputy Spokesperson Mark Toner said during a press briefing that Turkey had formally requested the extradition of Gülen, but not on issues related to the recent coup attempt.

“We are now considering the merits of the request,” Toner said.

The AKP government and President Erdoğan have designated the Gülen movement a terrorist organization and have launched a widespread crackdown on suspected members since the failed coup.

Thousands of institutions, including charities, schools and business associations, have been shut down, over 100,000 state employees have been sacked, more than 40,000 people have been detained and nearly 27,000 arrested over links with the movement since July 15.