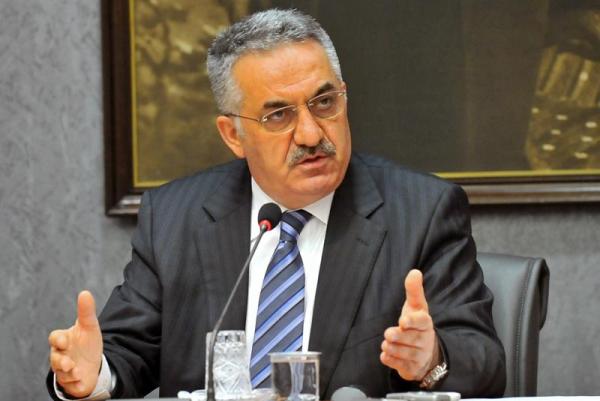 İSTANBUL
A minister has rejected claims of a “parallel state” as “not very realistic,” citing a lack of evidence and document to back up the oft-cited claims frequently voiced by the prime minister and government officials.

As a far-reaching corruption scandal has shaken the roots of the Justice and Development Party (AK Party) government, with three ministers resigning from their posts over allegations of bribery and tender rigging, Prime Minister Recep Tayyip Erdoğan has struck a defiant tone, deeming the graft probe an international plot to weaken his ruling party and Turkey.

With the probe widening, some journalists affiliated with the ruling AK Party — along with the prime minister and government officials — have labeled the Hizmet movement an organization within the state, a “parallel state.”

“In these lands, there can never be a parallel structure along with the state but some people are said to be involved in parallel implementation [of their duty] within the state’s administrative scheme. This could be said. I think considering these as a parallel state is not very realistic. This cannot happen because there is only one state. There are claims that there are parallel workings within the state’s administrative scheme considering the recent events. These all of course should be unearthed with evidence and documents. If such a [parallel state] is spotted, we all will see it together,” Yazıcı told reporters, according to a text provided by the private Cihan news agency.

İHSAN YILMAZ, Wednesday April 18, 2012 With the democratization of Turkey and the new mentality of the judiciary it has created, prosecutors can now tackle past coup attempts and successful coups, the most recent being the Feb. 28, 1997 coup process. I call it a “process” since the toppling of former Prime Minister Necmettin Erbakan’s […]