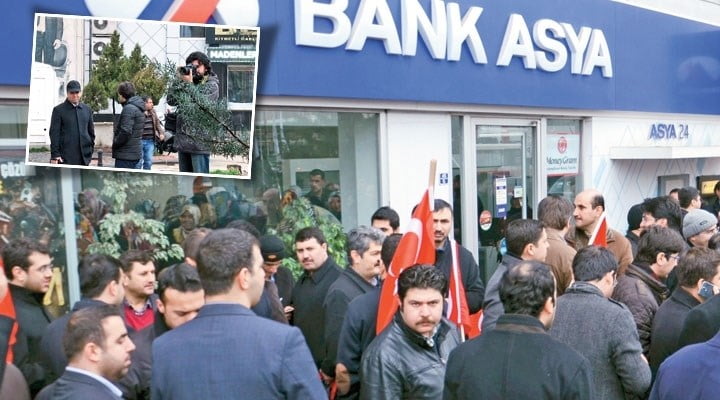 A public outcry against the raid and temporary management takeover of Bank Asya has seen countless customers depositing their money in support.

The raid and management take over, conducted amidst the heavy presence of police and water cannons on shaky legal grounds, was intended to scare customers into withdrawing their money and sinking the bank. Instead scores of customers across the nation visited their local branches and deposited their earnings to defy the BDDK.

Police efforts to further intimidate by recording those who participated in the solidarity campaigns were ignored by the loyal customers who responding by waving at the cameras pointed at them by the security forces.

Another loyal customer was retiree Muhammet Nami Güzeler from the southeastern city of Malatya, who said he had already sold his apartment in the city center and come to the bank to deposit the money. He added he was also trying to sell his two cars so he could deposit that money as well.