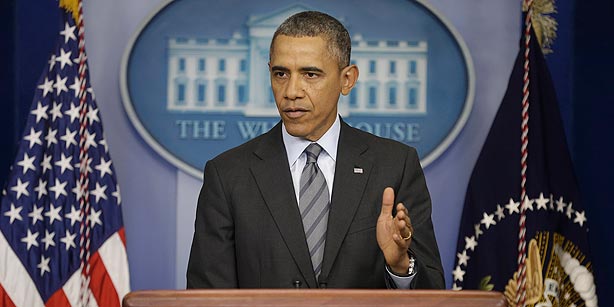 Is President Barack Obama willing to damage America’s relationship with a critical NATO ally over the fate of an elderly Muslim man living in the Poconos?

Turkey is trying to find out.

Turkish leaders, already busy purging their own institutions of alleged enemies, are intensifying pressure on the U.S. to extradite Fethullah Gulen, the Muslim spiritual leader Turkey blames for the recent attempted coup there. In op-eds, briefings and interviews with Western media, Turkish leaders are comparing the putsch to the Sept. 11, 2001, attacks, saying their desire to bring Gulen to justice is similar to America’s demand that Afghanistan hand over Osama bin Laden.

At this stage, “the rhetoric has been ratcheted so high it’s almost impossible to find a suitable compromise,” said Joshua Walker, a former State Department official now with the German Marshall Fund. “Turkey is too strategically important to lose over Gulen … However, at the same time, the U.S. can’t be seen to be short-circuiting its own legal and due process.”

The 77-year-old Gulen, who leads an international Islamic movement known as “Hizmet,” denies any role in the coup attempt. And, despite invoking 9/11, Turkey is highly unlikely to take any direct military action against the U.S. over Gulen. But analysts note that Turkey can make life difficult for America in other ways, not the least of which involves the fight against the Islamic State. Turkey could reduce U.S. access to a base used to launch airstrikes on the terrorist network; it could try to sideline Kurdish groups fighting the jihadists in Syria; it also could adjust border controls that affect the number of Syrian refugees heading to Europe and the number of jihadists heading to Syria.

Whether it will take such steps is questionable, especially given the jihadist threat to Turkey itself. The Islamic State has staged attacks in Turkey, and the country’s ambassador to the U.S. insists Turkey’s remains committed to battling the terrorist outfit. Still, Turkey has in the past been criticized for its lax approach to dealing with the Islamic State, which is fighting for its territory in Syria and Iraq, so it’s not hard to envision Turkey quietly adjusting its stance to needle Obama.

Turkey doesn’t get much direct U.S. military aid, but as a member of NATO since 1952, it has strong links to the U.S. military infrastructure. The Incirlik base in Turkey, for example, houses a U.S. and NATO early warning missile defense radar, as well as an estimated 60 to 70 U.S. tactical nuclear weapons, according to the Nuclear Threat Initiative, a research and advocacy group. More than a dozen installations, large and small, across the country also house U.S. or NATO personnel, according to the Department of Defense and NATO.

“The Pentagon still views the military investment in Turkey as a crucial one,” said Jonathan Schanzer, a Turkey specialist at the right-leaning Foundation for Defense of Democracies. “There are plenty of alternatives out there in the region in terms of allies that we might be able to work with to establish similar bases. It can’t be done overnight, but my sense is now is the time to begin to look at alternatives.”

U.S. officials acknowledge receiving documents from Turkey about Gulen, but the material does not appear to equate to a formal extradition request. The officials have largely dodged questions about the specifics of Turkey’s claims.

Gulen, who says his movement is moderate and dedicated to public service, has large numbers of followers in Turkey. It’s possible some of his followers were involved in the coup attempt, although it appeared to have been led by factions in Turkey’s military, which is not known as a bastion for Gulenists. But finding evidence that directly ties the putsch to the imam in Pennsylvania could be tough for the Turks. The U.S. may also consider whether Gulen will be treated fairly in the Turkish legal system, where reports are emerging of torture against alleged coup plotters. (One possibility, Schanzer noted, is that the U.S. could pressure Gulen to move to a third country.)

The Justice Department’s guidelines note that “the Department of State reviews foreign extradition demands to identify any potential foreign policy problems,” suggesting that political factors can play a role in the decision to extradite. In what appeared to be a Turkish PR strike, the country’s foreign minister was reported to say that the U.S. wanted to create a joint commission to explore Gulen’s extradition. U.S. officials, however, have said they had simply offered the Turks assistance to investigate the coup plot.

Since the July 15 coup attempt, which left around 300 people dead, Turkish President Recep Tayyip Erdogan has been busy cracking down on alleged coup plotters and Gulen sympathizers. Tens of thousands of people, including soldiers, judges, journalists and teachers, have been arrested or pushed out of their jobs. Erdogan also declared a three-month state of emergency and suspended Turkey’s adherence to parts of the European Convention on Human Rights.

The moves have alarmed U.S. officials, including Obama, who have long been worried about Erdogan’s authoritarian tendencies. U.S. leaders have cautioned the Turkish president not to overreact to the perceived threat, fearing it will undermine Turkey’s democracy. This week, the State Department issued an updated travel warning for Turkey and announced it was allowing the voluntary departure of family members of employees posted to the U.S. Embassy in Ankara and U.S. Consulate General in Istanbul.

The Turkish media, which has come increasingly under the thumb of Erdogan, also has floated rumors that the United States was behind the coup in the first place, infuriating American leaders. Secretary of State John Kerry has sharply warned Turkish leaders that such allegations could undermine U.S.-Turkey ties, sentiments Obama has echoed. But Erdogan may view attacking the U.S. as a smart way to shore up his base domestically.

“I believe that Erdogan doesn’t actually care whether Gulen gets extradited,” said Blaise Misztal, director of the national security program at the Bipartisan Policy Center. “Instead, it is useful for him both domestically and in his relations with Washington to be seen as pushing hard on this issue. Domestically, it gives him a scapegoat (and) he can use it as a red herring that distracts U.S. policymakers from the much more problematic purges he is undertaking at home.”

Although the U.S. and Turkey have a decades-old extradition treaty, such cases can take years to process. So the decision on whether to send Gulen to Turkey could wind up in the hands of Obama’s successor.

Donald Trump, the Republican nominee for president, has indicated he wouldn’t chide the Turkish government over its crackdowns on alleged coup plotters. Former Secretary of State Hillary Clinton, the Democratic nominee for the White House, has largely echoed the Obama administration, urging Turkish leaders to respect human rights as they investigate the coup attempt.

CAN BAHADIR YÜCE, WASHINGTON The Gülen movement has long been a part of Turkey’s social landscape. But in recent years interest in the movement has gone far beyond Turkey’s borders of the country, with discussions of Fethullah Gülen and his ideas in forums and platforms including the Arab League, the Russian Parliament, the European Parliament […]