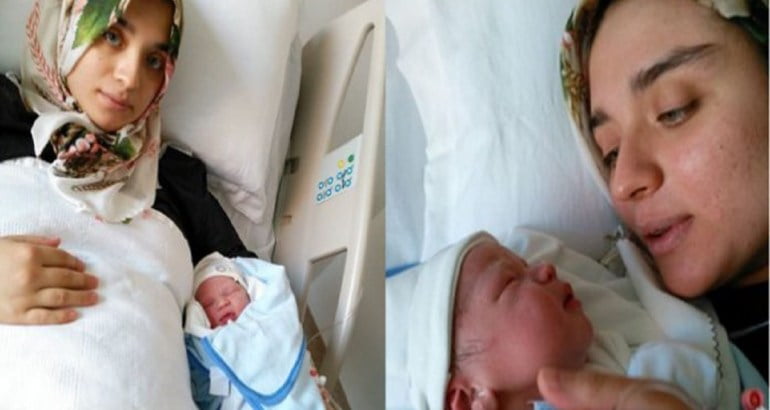 Hatice Avan, who gave birth to a baby in the western Turkish province of Denizli on Thursday, was detained on Friday, despite her doctor’s objection, over alleged links to the faith-based Gülen movement, which is accused by the Turkish government of masterminding a failed coup attempt on July 15, 2016.

Avan, who used to work at a student dormitory affiliated with the Gülen movement until three years ago, was taken to the prosecutor’s office although her doctor warned that she had just had surgery and was suffering from poor health.

Police officers wanted to handcuff Avan in her hospital room, but upon a request from her family they instead locked her in the room with her baby before detaining her.

Avan is not the first mother to face detention immediately after delivery.

Havva Hamamcıoğlu, Nazlı Mert, Esra Demir, Aysun Aydemir, Elif Aslaner and Fadime Günay are only some of the women who also faced detention shortly after delivery as part of the post-coup witch-hunt targeting alleged members of the Gülen movement.

Turkey survived a controversial coup attempt on July 15, 2016 that killed over 240 people. Immediately after the putsch, the Justice and Development Party (AKP) government along with President Erdoğan pinned the blame on the Gülen movement.

Turkey has suspended or dismissed more than 150,000 judges, teachers, police and civil servants since July 15. At least 161,751 people were detained or investigated and 50,334 people were arrested in Turkey in the framework of the Turkish government’s massive post-coup witch hunt campaign targeting alleged members of the Gülen movement since the controversial coup attempt on July 15, 2016, according to statistics reported by state-run Anadolu news agency by basing on information taken from the officials from Turkey’s Justice Minsitry on June 13.

Brazil’s chief prosecutor’s office argued before the court against the extradition of Sipahi, who has lived in Brazil for 12 years, saying it had no evidence of terrorist acts committed by Hizmet.