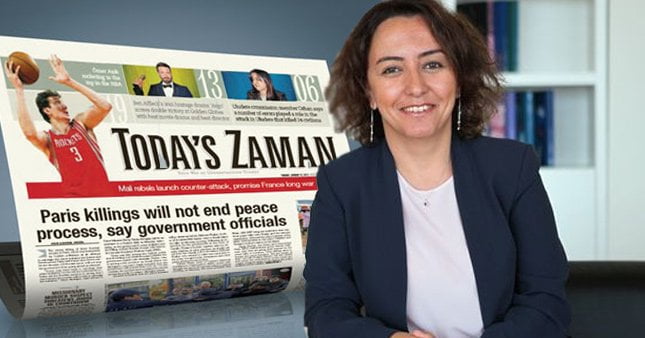 BRUSSELS — On July 27, just minutes before my flight from Brussels to Newark was due to take off, a United Airlines staff member approached and asked me to leave the plane. I felt humiliated by the unspoken assumptions of nearby passengers, but I was not shocked: I knew that Turkey was canceling people’s passports to punish those it regarded as critics of its increasingly authoritarian government.

Back in March, the government seized control of the English-language newspaper Today’s Zaman, of which I was the editor in chief. I had fled Istanbul, my hometown, to avoid further repercussions, but the state was not satisfied with forcing journalists like me into exile.

With my plans to work as a visiting fellow at the City University of New York seemingly in ruins, I couldn’t help shedding tears as I was escorted to the airport police station. I discovered there that my passport had been revoked two days earlier, making me one of more than 50,000 Turkish citizens who had their travel documents canceled as part of the purge that followed the attempted coup on July 15.

A few hours before my flight, I’d awakened to a message from a neighbor in Istanbul that the police had raided my apartment. Given the arrests of colleagues trapped in Turkey, I’d known that this was a matter of when, rather than if. A warrant for my detention was issued the same day. My neighbor in Istanbul was extremely nervous and asked me to delete all our messages.

The police confiscated a couple of books, I later learned, one of which was in English and had a cover photo that featured the word “coup.” These days, in Turkey, that’s enough “evidence” to get you arrested and accused of terrorist activity.

The coup attempt was despicable and, despite the huge dragnet of arrests, has not been properly investigated — yet within hours, President Recep Tayyip Erdogan called it “a gift of God.” No wonder: It gave him a perfect pretext to root out anyone not completely loyal to him.

Turkey now seems to me on an irreversible path toward dictatorship. Once Mr. Erdogan had named Fethullah Gulen, the Muslim cleric who lives in self-imposed exile in Pennsylvania, as the coup’s mastermind, the demonization of the Gulen movement went out of control. Politicians from across the spectrum jumped on the bandwagon to label the movement the Fethullah Terrorist Organization, or FETO, despite the absence of any credible proof of terrorist activity. They were joined by numerous commentators and newspaper columnists, even self-described liberals, who uncritically adopted and legitimized this evidence-less label.

Thanks to the state of emergency in Turkey, it is difficult to obtain reliable information, but according to Turkey Purge, a website that tracks the extensive witch hunt, as of the time of writing, a total of 117 journalists were behind bars and 160 media outlets had been shut down. This accounts for only a fraction of the crackdown. In total, more than 100,000 people have been suspended or fired from their government jobs; nearly 43,000 have been detained, and 23,770 arrested. Even beloved public figures like the comedian Atalay Demirci and the popular singer Atilla Tas were jailed for their perceived ties to the Gulen movement.

I have lost faith in the public’s ability to question the unchallenged assertions they hear from the government on broadcasters like CNN Turk. But my biggest disappointment lies with the country’s intellectuals. With few exceptions, they have lacked the basic integrity to do anything but parrot the accusations that Mr. Erdogan hurls at his opponents.

The problem with these intellectuals is that the world pays attention to them because there are relatively few people writing from Turkey in English. Many foreign observers assume that information from Turkish secularists, leftists and so-called liberals is still reliable, perhaps because of the assumption that their Western lifestyle gives them a Western mind-set, too. In reality, secularists can be as intolerant and bigoted as political Islamists.

Here’s an example. When the passport of Dilek Dundar was revoked on Sept. 3, there was an outcry on social media, rightfully so, about this attempt to punish her husband, the exiled leftist journalist Can Dundar. This has been a practice the government has used against Gulen sympathizers for months, yet it was only when someone from their ideological ghetto was targeted that Turkey’s secularists reacted. When the police did not find a former senior editor of Zaman, Bulent Korucu, at home, they arrested his wife instead. But that barely made the news.

We expect despots to create enemies, foreign and domestic, in order to rally the nation behind them. But what to say about Turkey’s craven elites? On Sept. 1, senior judges gave Mr. Erdogan a standing ovation at his lavish palace as the president confirmed himself as the head of the legislature, the executive and the judiciary.

Turkey is a society of black and white; there are no shades of gray. Intellectuals are not immune from this dichotomy. In such a climate, genuine democrats — already in short supply — can barely make themselves heard.

I was able to stay in Belgium, thanks to my being granted temporary residence there. And perhaps because of international resistance to Turkey’s mass cancellation of passports, Belgian police later confirmed that mine was now valid again. Still, I live in a state of uncertainty, hoping to find a haven, as a journalist in exile, in a society that embraces the rule of law. But as I look on at my homeland and the failure of Turkey’s intelligentsia, I find it hard not to despair.