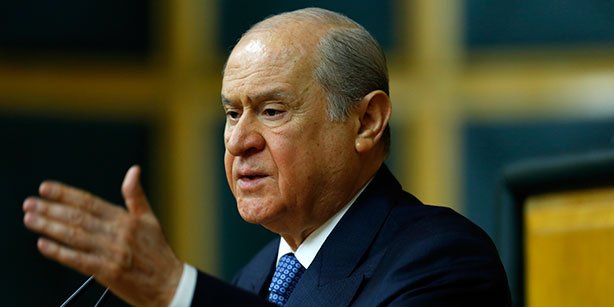 Remarks by Prime Minister Recep Tayyip Erdoğan targeting an opposition politician and a renowned Islamic scholar that they have no respect for the idea of family as they have neither a family nor children are both offensive and hurtful, according to various circles in the society, including politicians, analysts and regular citizens.

They say the prime minister has gone beyond his intention with his remarks and caused huge disappointment in the society.

The prime minister, on Feb. 28, targeted Turkish Islamic scholar Fethullah Gülen in a similar offensive and insulting tone. Claiming that the scholar had told female students to take off their headscarves to be able to attend schools during the Feb. 28, 1997 postmodern coup, Erdoğan said: “Why do you [Gülen] interfere? Because he does not have any children. We have children, and this is why we care about this [headscarf ban after the Feb. 28 coup].” Gülen is not married and has no children.

The prime minister’s remarks targeting both Bahçeli and Gülen have drawn harsh reactions.

MHP parliamentary group deputy chairman Oktay Vural, while addressing the prime minister, said: “How can you criticize the people over their lack of a family or child? Millions of people in this country cannot have children [due to health problems]. This man [prime minister] has no faith in fate. I invite him to apologize to our people who do not have children.”

Hurşit Güneş, a Republican People’s Party (CHP) deputy, in a message he posted on Twitter, said he condemns the prime minister for criticizing people as they do not have a family or children, and added: “[The founder of the modern republic, Mustafa Kemal] Atatürk, [former President Süleyman] Demirel and [former Prime Minister Bülent] Ecevit did not have children, either.” Also on Twitter, journalist Faruk Mercan said the prime minister has gone beyond the boundaries of “political criticism” in speeches he made over the past two months, and has begun attacking people’s identities.

Fatih Portakal, a TV host, lashed out at the prime minister for his remarks during a live program in late February. “I have a family with no children. My wife and I wanted to have children, but God has not given us any. I was really frustrated by the prime minister’s remarks. My wife cried [because of those remarks]. The prime minister did not imply us with his remarks, but we also received our share [from the prime minister’s criticism for not having children]. No one has the right to make my wife cry. The prime minister does not have such a right, either,” he said. The host also made a call on all politicians not to include the concepts of family and children in their discourse. “Please do not make people sad,” he added.

The main opposition CHP candidate for İstanbul mayor, Mustafa Sarıgül, said Prime Minister Erdoğan should be ashamed of his criticism of people for not having a family or children. “Thousands of people [in Turkey] do not have children. How can the prime minister speak about [MHP leader] Bahçeli not having any children? Do those words befit a prime minister? God tries all of us. He gives children to some couples and he does not give children to others. Having a child is not something we can decide on entirely,” he stated.

Sunday’s Zaman also spoke to couples with no children about the prime minister’s remarks on the “no children” issue.

Saadet, who did not wish to divulge her surname for privacy reasons, said she was deeply offended by the remarks. “We have been married for four years. Since the first day of our marriage, my husband and I have wanted to have a child. But God has not given us one. We are undergoing medical treatment to be parents, but I do not know if we will have a child. Many times I have been upset by remarks or implications of my relatives due to the fact that we cannot have a child, but the prime minister’s remarks hurt me more deeply,” she said.

According to her, the prime minister implied that people with children have moral values, but those who do not have any children lack those values. “My husband tells me that he is happy even though we don’t have a child. But I can’t help feeling sorry for ourselves. I would wish to become a mother like millions of other women, but what can I do?” she asked.

Saadet’s husband, Ömer, said he asks the prime minister not to make the children issue a matter of politics.

Dilek, another woman who longs to have a child but has not had one during her five years of marriage, said she became pregnant twice, but both cases ended in miscarriage. “I don’t know if there is a woman on earth who wants to become a mother more than me, but what I know is that the prime minister should not be involved in child-related issues,” she noted.

Dilek also said the prime minister had better care about other and more serious issues than people’s choices of having or not a child.

The Association of Divorced Fathers also denounced the prime minister’s remarks on family and children. Speaking to the Cihan news agency last week, the association’s chairman, Muhammet Özen, said the prime minister should not make these two “sacred concepts” a tool for politics. He also added that the Turkish people know very the great contributions made by the MHP chairman and Gülen to Turkey.