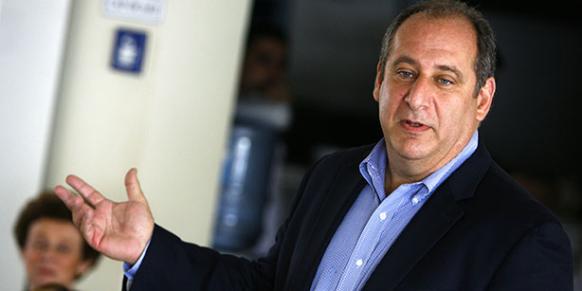 David L. Phillips is seen speaking before participats in a seminar at Sabancı University in 2010. (Photo: Today's Zaman, Kürşat Bayhan)

David L. Phillips, director of the Program on Peace-building and Rights at Columbia University, said in a piece published in The Huffington Post on Tuesday that Turkey has asked the Obama administration to extradite Gülen for trial by a Turkish court. He urged the US to reject the extradition request, arguing that the attacks on Gülen are part of a pattern to silence dissent, well-documented by Human Rights Watch (HRW) and the Committee to Protect Journalists (CPJ).

Last month, a Turkish court issued an arrest warrant for Gülen and requested that the scholar be extradited from the United States, which is seen as a step toward an Interpol Red Notice and ultimately extradition from the US. However, US law requires that the crime be recognized in both countries’ jurisdictions and that the offense not be political in nature. Turkish President Recep Tayyip Erdoğan also personally asked US President Barack Obama to “deport” Gülen.

Recalling that Gülen has been living in self-imposed exile in rural Pennsylvania since 1999, Phillips said the scholar has millions of members who subscribe to his message of dialogue and tolerance based on Muslim principles.

Speaking about schools established by Gülen’s sympathizers, Phillips said the schools propagate Gülen’s message of tolerance. He also cited critics who claim the schools are used for thought control and recruitment.

The professor said tensions surfaced last year when President Erdoğan accused Gülen and his followers of orchestrating a corruption probe against his inner circle. In a subsequent purge, he noted, thousands of police and hundreds of judges and prosecutors were removed from their jobs.

He said he is more interested in what Gülen has to say about Turkish domestic politics, adding that the US Congress should invite Gülen to testify and asked about alleged criminal activities of the ruling Justice and Development Party (AK Party) and Erdoğan, including recent suggestions of ties between Turkey’s National Intelligence Organization (MİT) and the Islamic State in Iraq and Levant (ISIL).

Fethullah Gulen: I strongly condemn the brutal terrorist attack Monday on the metro in St. Petersburg, Russia, which cost the lives of 11 people and injured dozens more. Words fail to express my sorrow at the loss of innocent lives and suffering of their loved ones.