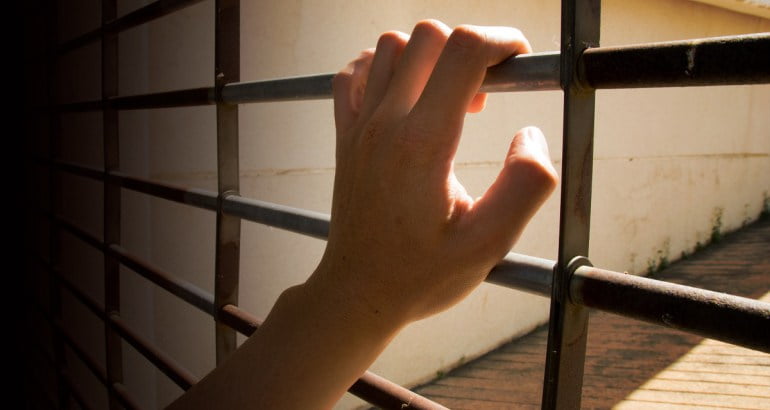 The letter, a copy of which was obtained by Stockholm Center for Freedom (SCF), details the woman’s ordeal from a home raid by six police officers to the detention in police station, from rushed arraignment hearing to the overcrowded jail cell.

The woman, her name was kept confidential by SCF, said she got detained on trumped charges on September 9, 2016 and questioned in the small guard room at the entrance of her apartment. She was later dragged to the police station where she was further interrogated for hours by four police officers without her attorney present during the questioning.

“For a month, we have neither seen the sun nor allowed to get an open air. We petitioned to the prison management asking them to allow us to go out in the yard for at least half an hour once a week, but turned down,” she stated.

“My interrogation went on despite I was feeling nauseous, exhausted and throwing out. My lawyer was not present. I was questioned again when my lawyer finally arrived at 23.00 pm,” she said in a handwritten letter dated October 8, 2016. The woman was taken to a doctor for medical examination for four times during the questioning but her grievances were not entered into the records and returned to the detention again.

Her processing was finally done at 3 am in the morning and placed in a detention room at the police station. “The detention place was dirty, perhaps 20 people, men and women, were holed up there, forced to share one toilet. Some got infection there… Two course of meals that appeared to have been prepared days in advance were served in cold. Some got food poisoning there,” she wrote.

The woman claimed she is innocent and there was no evidence to hold her under arrest during the arraignment hearing. Yet the judge ordered her formal arrest, placing her in a prison.

“I have been in Konya closed prison for a month now on the account of slander against me. Since there is no separate facility for the women in this prison, I was placed with ten other women in a cell that was built to accommodate only four,” she noted.

When more women were brought in, prison officials converted a classroom next to this cell and moved all women in this 24 square meters room. In all, 21 women incarcerated in this cell that had only ten beds and lacked any ventilation. “For a month, we have neither seen the sun nor allowed to get an open air. We petitioned to the prison management asking them to allow us to go out in the yard for at least half an hour once a week, but turned down,” she stated.

She also talked about a woman who has 20-days old baby in the same cell pending trial. She lamented that the woman and her baby could have been released if authorities had accepted her repeated pleas to get freed pending trial. Turkish officials did not even bother responding to these requests, she wrote.

The woman said they had no access to the laundry in the prison complex and instead forced to wash their dirty clothes by hand and put them up for a dry on a rope made out of the plastic bags in the cell. They were not given any fruit or vegetable for 17 days during the Muslim holiday season Aid –al-Adha. Their demands for utensil were denied.

The cell is humid and has a bad smell of sewer, the women said, adding to that hot water was rarely provided, forcing them to take cold showers. “For two weeks, we were not given any clean bed-sheets, covers and beds,” she recalled. They managed to purchase these items eventually at the prison canteen after repeated inquires.

The woman also explained how Turkish officials unlawfully restricted their visitation rights with their loved ones. They were allowed to receive no-contact visitors for only ten minutes in a week. They could receive visitors in an open setting only once in two months. The visitors often face degrading and inhuman treatment by prison officials when they come to see their loved ones.

“Although we have a right to request books from outside, prison authorities do not allow that. The jailed couples have a right to see each other in the same prison but that was denied as well,” the woman wrote.

She also talked about a woman who has 20-days old baby in the same cell pending trial. She lamented that the woman and her baby could have been released if authorities had accepted her repeated pleas to get freed pending trial. Turkish officials did not even bother responding to these requests, she wrote. She also noted that in the prison she saw couples jailed while their kids are left out in difficult conditions and in need of care. Since prison conditions were terrible, they could not bring the kids to the prison either, she explained.

“We asked for a clock from canteen but not given. We bought a clock mechanism and battery and made a clock out of the cardboard. There were some among us who went on for 21 days without knowing the time. Most of the time, we tried to learn the time from a radio with a broken antenna,” she remarked.

She said all jailed women kept sending petitions to the court challenging the pre-trial detentions but they do not get a response most of the time. When they finally get one, the answer is always negative.

“Under these conditions, we are trying to live our lives in an uncertainty with not even an indictment filed against us.” She said she has been hurting deeply to see that she was being treated as traitor for a crime she did not commit.

Turkey survived a military coup attempt on July 15 that killed over 240 people. Immediately after the putsch, the Justice and Development Party (AKP) government along with Turkey’s autocratic President Recep Tayyip Erdoğan pinned the blame on the Gülen movement.

Her processing was finally done at 3 am in the morning and placed in a detention room at the police station. “The detention place was dirty, perhaps 20 people, men and women, were holed up there, forced to share one toilet. Some got infection there…

At least 161,751 people were detained or investigated and 50,334 people were arrested in Turkey in the framework of the Turkish government’s massive post-coup witch hunt campaign targeting alleged members of the Gülen movement since the controversial coup attempt on July 15, 2016, according to statistics reported by state-run Anadolu news agency by basing on information taken from the officials from Turkey’s Justice Ministry on June 13. 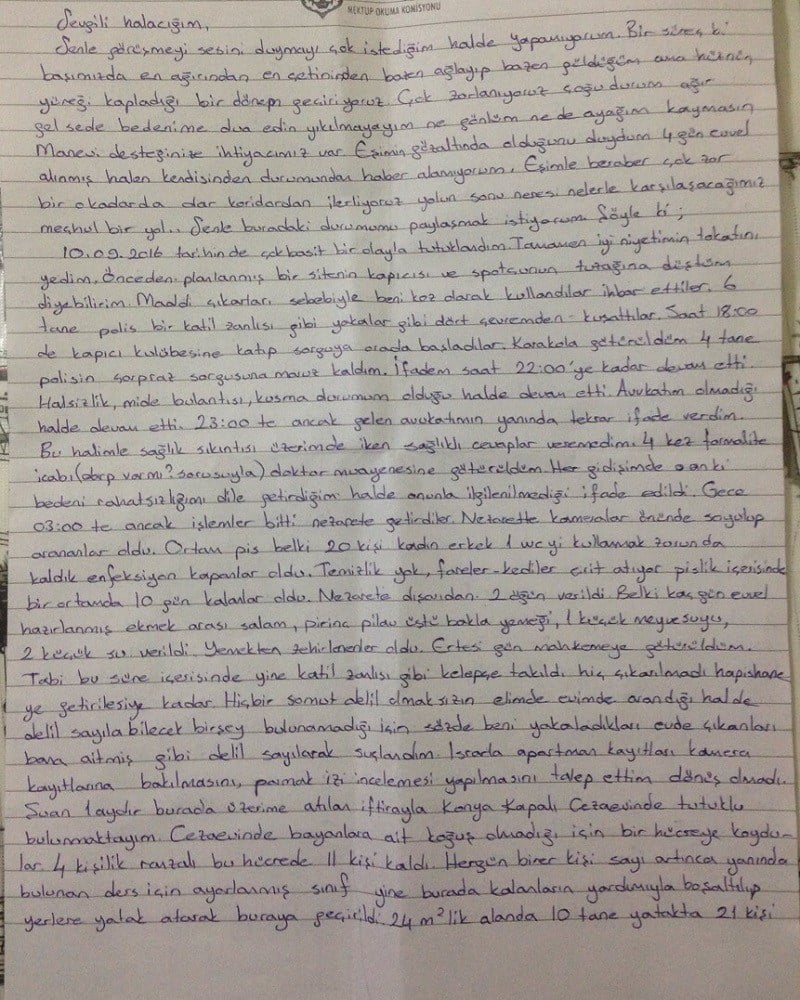