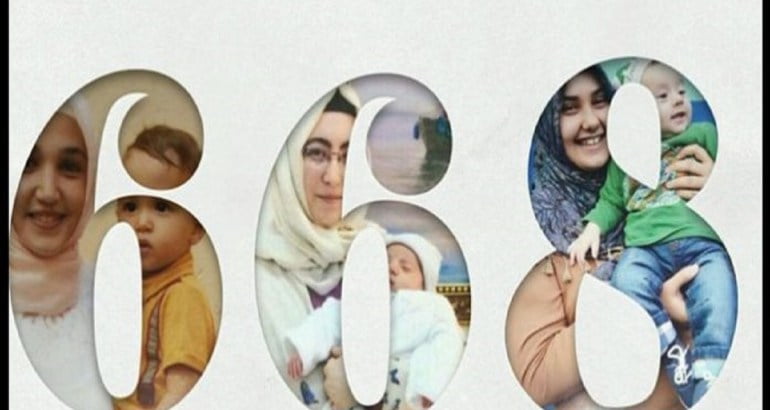 Six hundred sixty-eight children under the age of 6 will welcome the Muslim festival of Eid al-Adha (Kurban Bayramı) on Friday in jails across Turkey where they are staying with their mothers, TR724 reported on Thursday.

According to TR724, at least 108 more children, mostly infants, toddlers and newborn babies, had joined others in prisons in the last three months, bringing the total number to 668, as part of a government crackdown on the Gülen movement following a failed coup last year for which the government blames the movement. The movement denies all accusations.

There are 149 infants younger than 12 months in prisons, the report said.

On Aug. 11, BBC Turkish service reported that hundreds of women are in pretrial detention in jails across Turkey with their infants, some of them less than six months old, due to a state of emergency declared after the failed coup.

Conducting interviews with three women who are victims of emergency rule, BBC revealed that some of the women had not been provided baby food by the prison administration and that they had to feed their infants adult food.

Denying the presence of infants with their mothers in Turkish jails, Justice and Development Party (AKP) Bartın deputy Yılmaz Tunç, a member of the parliamentary Justice Commission, said that all women who are pregnant or with infants were tried without pretrial detention.

Underlining that all the news in the media is black propaganda against the Turkish government, the AKP deputy said no applications had been submitted to him or his office in the Justice Commission regarding the poor treatment of women in jails.

Responding to a parliamentary question from main opposition Republican People’s Party (CHP) deputy Gamze İlgezdi on May 23, Turkey’s Justice Ministry said a total of 560 children under the age of 6 were being held in Turkish prisons along with their mothers.