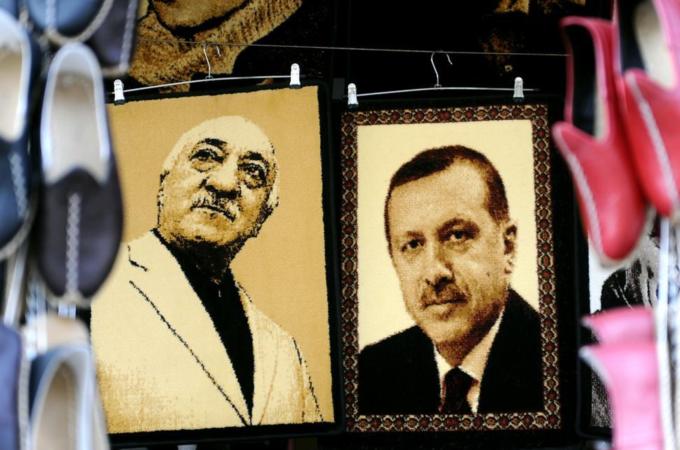 Turkey has recently been shaken up by the tumultuous altercation between the globally active Muslim community-movement, the Gulen movement (GM) and the pro-Islamic Justice and Development Party (AKP) in power for over a decade. Both Western and local audiences have been stunned by the intensity of the clash, which peaked in the last couple of months.

In fact, these two pious Muslim groups have not cooperated with each other with the exception of a five-year period during the first term of the AKP (2002-2007). Historically, they come from two different branches of Islam in Turkey. The leader, Fethullah Gulen, and his followers have never approved of – or stood close to – Necmettin Erbakan’s more radical Islamism, embodied by Milli Gorus (National Outlook).

Although the GM at large shifted their votes from centre-right parties to the AKP in the 2002 election, Gulen never truly trusted Erbakan’s tradition and his protege Recep Tayyip Erdogan, who has served as the prime minister since 2002.

Nevertheless, similar to the liberal democrats of Turkey, the GM stood close by the AKP during its first term, when the AKP was conducting consistent political reform and respecting principles of secular democracy. This conditional partnership started to weaken in the aftermath of the 2007 elections, and cracked in the last term of the AKP (2011-present), when the latter developed an increasingly self-confident and authoritarian attitude in the absence of a strong opposition.

This distance and distrust increased through several controversies, such as the different perspectives of the AKP and GM on the Marmara Flotilla that aimed at breaking the Gaza blockade and was attacked by Israeli forces in 2010. Since the summer of 2013, the two Muslim groups are drawn into an ongoing vicious power struggle.

Power struggles are caused by the inability to share power, and are fuelled by contradicting political and economic interests. Hence, they are organic parts of power politics and can be played out entirely legitimately, as long as the rules of democracy are protected. However, in the current Turkish case, we recently witnessed persisting violation of these rules with increasing speed and frequency.

No doubt, this is hurting the young democracy in Turkey and its relatively fragile democratic institutions. Acts of corruption committed by the members of the government are being revealed frequently through the release of tapes, some of which have been illegally produced through unpermitted wire-tapping. Neither the corruption nor some of the methods used in making and releasing the tapes qualify as democratic practices.

This situation is turning a promising pattern of positive state-society interaction achieved in the first years of the millennium into a war zone of destruction. It is destroying positives steps that have been made in politics, economics, art and other spheres.

More importantly, as in most power struggles, there are also unintended consequences. Both the AKP and the GM are trespassing over the borders they previously promised not to. On the one hand, the AKP is violating the firm boundary between religion and politics. Erdogan used to preach his fondness of a secular state to Egypt and Middle Eastern democracies during the Arab Spring.

Secularists and the leading followers of the GM have objected against the AKP’s decreasing commitment to secularism. These worries are not to be discarded easily, as the PM and his government continue to take fatwas from religious figures. It is not surprising then to witness the frustrations of the GM about the radicalisation of the AKP. In fact, the GM has a good record of secularism by separating religion from education in their scientifically oriented schools.

On the other hand, however, the GM has trespassed over the boundaries of civil society, within which it emerged and expanded across the world as a self-defined non-state “civic” entity.  Consistent with this image, the GM has refused to form a political party.

For decades, the leader and his followers took clear stance against mixing religion and politics, by clearly displaying this principle in their confinement of politics to civic engagements with the state. However, when GM’s individual members began taking important offices in the branches of the state, they entered a different zone of politics. Understandably, both the AKP and the democrats of Turkey are concerned about the formation of a parallel state by the GM.

It is not unheard of for members of social movements to take on appointed official positions in the state, for example as in the case of Australian femocrats (feminist bureaucrats). However, there is a non-negotiable condition for taking this unusually bold step in politics. Like the Australian feminists, the followers of any movement entering the state structure must have an unconditionally firm commitment to follow the rules of democracy and specifically to democracy for all.

This means that they should not be engaged in identity politics or the defence of interests for one group at the cost of others.

The right thing to do for the GM is to contribute to a strong democratic opposition against the over-empowered authoritarian AKP through the ballot box. The local elections in the end of March 2014 and national elections in a few years will provide a major litmus test for the GM to illustrate and prove its ultimate intentions and goals.

Electoral politics, however can be divisive. Just as the AKP’s voters have disagreed in the face of the government’s freedom violations and corruption, the GM may also face divisions.

Two factors may contribute to this. First, the GM has a large grass-root inside and outside Turkey, and a globally influential leadership in the community who are not in the state bureaucracy. Second, the prioritisation of competitive education in the movement created a new educated elite with civil sensibilities and political and economic leverage.

The near future will show if the GM will transform this power struggle and merge its votes with the secularist opposition for the Republican People’s Party (RPP). Voting for RPP is a difficult choice, not only for pious Muslims but even for some liberal and leftist democrats, as RPP has historically not cultivated democratic credentials and practices.

To the contrary, the party has been closely associated with military coups and violations of human rights. Hence, in the upcoming elections the RPP will also be tested on its capacity to transform its radical secularist and anti-democratic edges, which have formerly excluded and discriminated against pious Muslims, Islamists and other minorities.

The upcoming local and national elections will put both the Gulen movement and the AKP to a test and will give them an opportunity to change old habits.

Surely, the present political chaos did not pop up erratically out of nowhere. Before the Taksim-Gezi protests broke out in June 2013, Turkey was already dealing with these very difficult experiments on the ground. In the aftermath of the Gezi protests, one thing is clear: If Turkey comes victorious out of this political crisis, it will stand as an historical example for the future of the Muslim world.

It will be a showcase of shifting the axis of conflict from the ancient Islamist-secularist dichotomy to a struggle between those who defend democracy and those who infringe on it in the Middle East.

Berna Turam is an Associate Professor of Sociology and International Affairs at  at Northeastern University.