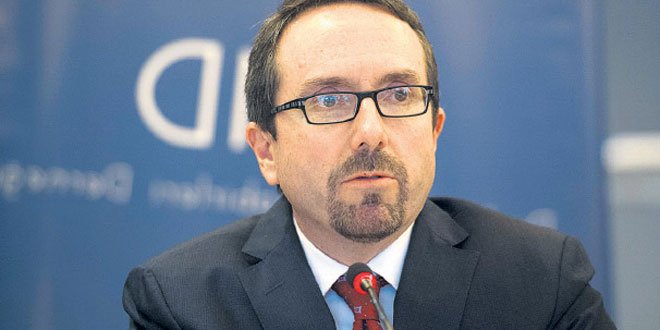 US Ambassador to Turkey John Bass has said the United States administration is having difficulty in understanding whether a clear criterion is being used by the Turkish government in operations against followers of the faith-based Gülen movement.

President Recep Tayyip Erdoğan and the Justice and the Development Party (AKP) government have been pursuing a witch-hunt against people who are sympathetic to Turkish Islamic scholar Fethullah Gülen since corruption investigations went public Dec. 17-25, 2013. The process turned into an all-out war against Gülen sympathizers following a failed coup attempt in Turkey on July 15 as the government accuses the movement of masterminding it despite the absence of any evidence to this effect so far.

Bass said the US was having difficulty in assessing whether the measures are proportionate and reasonable, warning that some of the measures could cost dearly given the number of people in society affected by them.

Some 86,000 people have been purged from state bodies, nearly 41,000 detained and 22,000 arrested since the coup attempt. Arrestees included journalists, judges, prosecutors, police and military officers, academics, governors and even a comedian.

According to Bass, all the people in society should be convinced that justice is served at the end of the trial of the coup suspects, adding that the trial process should be in line with the Constitution and Turkey’s international obligations.

Responding to a question on the extradition of Islamic scholar Gülen, who has been living in self-imposed exile in the US since 1999, Bass said he thinks the extradition issue will be handled by the next US administration.

Bass said speaking less about ongoing trials or potential trials shows the seriousness of the process in the US legal tradition, not the contrary.

US Vice President Joe Biden, who visited Ankara last month, said the US administration wants to cooperate with Turkey over the Turkish government’s request for the extradition of Gülen but that it is a US court that will make the decision.