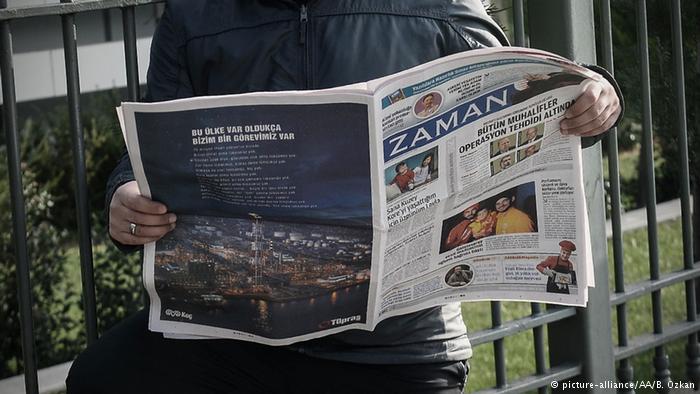 The Turkish-language newspaper “Zaman” will stop operations in Germany after “threats” to readers, a staff member has said. The Turkish government took over the paper in Turkey itself in March.

Zaman” would stop publishing its print edition in Germany by November 30 to avoid “harm to staff or subscribers,” Süleyman Bag, a member of the paper’s management, told German broadcaster hr on Friday.

“Our subscribers are being visited; they are being threatened that if they continue to subscribe, they will have problems,” Bag said. He added that the current situation in Turkey, where the government is carrying out a wide-ranging media purge, was spilling over into Germany.

Mustafa Altas, a member of the newspaper’s board, said it was still unclear whether the internet version of the newspaper, “Zaman-online,” would continue its German operations.

The French and Belgian editions of the newspaper have already stopped publishing due to threats.

The Turkish government has been carrying out a purge of media outlets, the army, the judiciary and academia following a failed coup in July that Ankara blames on followers of the exiled cleric Fethullah Gülen. Until its takeover by the government in March, “Zaman” had close ties to Gülen’s Hizmet movement.

Ankara has often called for Gülen’s extradition from the US

In Germany, there have been reports of alleged “Gülenists” being targeted, sometimes physically, by German Turks loyal to Turkish President Recep Tayyip Erdogan.

Germany has the second-largest Turkish population in the world after Turkey itself.

Turkey has closed more than 130 media outlets and arrested more than 60 journalists in its post-coup crackdown since July 15, according to the Brussels-based European Federation of Journalists.

Deutsche Welle on Thursday received the support of press rights groups after Turkish authorities earlier this week seized footage of a DW interview with the sports minister.