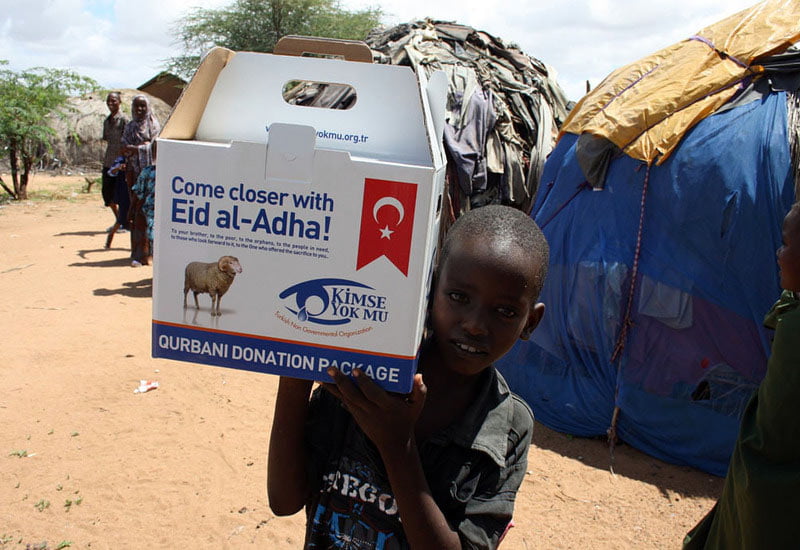 A recent government circular sent to police departments across Turkey told police to seize the skins of sacrificed animals during Eid al-Adha collected on behalf of the “Fethullah Gülen terrorist organization” (FETÖ) — a derogatory term President Recep Tayyip Erdoğan and his political associates developed in order to disparage the faith-based Gülen movement, which is inspired by Turkish Islamic scholar Fethullah Gülen.

Erdoğan and the Justice and Development Party (AK Party) government have targeted the Gülen movement since investigations in December 2013 into a graft implicated members of his family and senior government officials. Without showing any concrete evidence for their accusations, both AK Party leaders and Erdoğan claim that the graft probes were launched by sympathizers of the Gülen movement in the police force and in the judiciary in order to topple the AK Party government. The Gülen movement denies all accusations.

More than 2.6 million animals — including cattle, sheep and goats — are sacrificed across Turkey during Eid al-Adha, a TL 10 billion market including transportation, butchering, and the selling of skins and offal.

The restriction imposed on the Hizmet movement, as well as on other religious groups, contrasts with the views of Religious Affairs Directorate President Mehmet Görmez, who had said that during Eid-al Adha last year people were free to donate animal skins to any organization.

“Our people can donate [animal skins] to any organization, in a similar way that they can disperse [animal] meat.

The Religious Affairs Directorate Foundation signed a protocol with the Turkish Meat and Fishery Authority (EBK) in 2007 saying that it would sell the meat from the sacrificed animals back to the EBK, the Sözcü daily reported on Monday.

The Religious Affairs Directorate Foundation demanded that only 2 percent of the sacrificed animal meat be distributed to people in need in 10 different locations across Turkey, for which the EBK would be informed about over the following year. The rest of the money from the sold meat would be kept for the Religious Affairs Directorate Foundation.

However, according to the practices of Islam, if a person deputes another person or institution to perform the religious duty of sacrifice, the meat of the animal must be distributed to people in need. It cannot be sold or taken by the deputed person or institution without the permission of the owner of the sacrificed animal. On the other hand, if a person sacrifices the animal himself, he should distribute at least one third of the meat to those in need.

In a statement on Tuesday, the Religious Affairs Directorate Foundation refuted the stories in the media and said that it is not working with the EBK and it has its own professional system for organizing the cutting up and distributing of the sacrificed animals on behalf of the donators for the last four years.

Bayram Kaya contributed to this report.