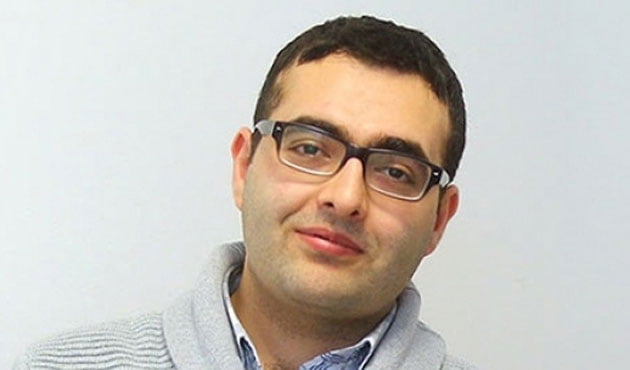 One of the most frequent questions I am asked about Turkey is why so many people in that country believe in conspiracy theories? Even intellectuals buy and sell theories that are mostly groundless — most of the time backed up by no single shred of evidence — let alone millions with little education.

Unlike in Western countries, Turkish people trust and value opinions expressed by public figures on TVs. I am amazed how journalists, commentators and public officials make statements that are entirely their opinion, but present them as facts. Viewers buy these sometimes crazy theories. On Saturday, for example, Dursun Cicek, a lawmaker with Turkey’s secular opposition party CHP, claimed that Kurdish rebel group PKK and ISIS are commanded by Gulenists and that “the US is on top of all of them.” As much as this sounds out of this world, there are many in Turkey who believe in this nonsense.

Borrowing a page from Putin’s playbook, Erdogan has adopted a very effective media strategy in shaping public opinion: Repeat it many, many times. From social media to newspaper columns and TV shows, a media empire Erdogan built starts to parrot a single line and that becomes official truth.

We see a similar trend in the month following the coup attempt on July 15. Almost every single news outlet published claims that Gulenists are behind the coup attempt, without questioning. And, frankly, they can’t. Those who would have questioned were shut down in one night last month. 45 newspapers, 16 TV channels, 29 publishing houses, 23 radio stations and 15 magazines were sealed by a single decree. Imagine what kind of signal this sends to other media outlets if they don’t toe the official line.

There is almost unanimity in Turkey that Gulen’s followers in the military attempted to topple the Erdogan regime. From Kurds to secular opposition, every segment of the society reiterates the same thing: It is a Gulenist job.

I am very much interested in finding out who initiated and supervised the coup attempt as much as anyone else. Listening to Erdogan’s very first statement, I can’t help but wonder why the president did not directly blame Gulenists over the coup attempt. He said “this is an [uprising] promoted by the parallel structure.” Wait a second. “Promoted?” What happened to “Gulenists did it”? Was that a Freudian slip? Does he really believe that it was an uprising by a faction within the military and that Gulenists pushed it or at least turned a blind eye?

Many of the generals and high-level army officers suspected of being Gulenists were rounded up from their houses, charged with masterminding the coup attempt. You probably have the same question I have: Why would they stay at home when their fellow officers allegedly engineered a coup? More questions than answers at this point.

One hour into the coup, Erdogan suggested that Gulenists are part of this plot. One month has passed and Ankara is struggling to present an evidence. A senior US official told Washington Post that Turkey is yet to send evidence about Gulen’s involvement in the coup attempt. “At this point, Turkish authorities have not put forward a formal extradition request based on evidence that he was involved in the coup,” the official told the paper.

Oh, Putin to the rescue again. A typical Putinesque strategy is to designate a single narrative for everyone to repeat and punish those who say otherwise. Now back to Turkey. It is not enough to reject the coup attempt in Turkey. You have to say it was a Gulen-driven coup. Otherwise you will lose either your job or your freedom. Can anyone imagine, for example, a TV station questions if Gulenists are the ones who started the coup attempt? Or a politician somehow insinuating that unhappy generals in the military might have taken the lead? Or a public intellectual claiming that there is no evidence to suggest that Gulenists did it? There is almost no way that you can suggest an alternative narrative to the coup and get away with it.

Take a look at my recent dialogue with an AKP supporter:
– (Me) How do you know that Gulen was behind the coup attempt?
– Everyone is saying it.
– Ok, show me the evidence and I will say the same.
– Not everyone would lie.
– ?!

It is my understanding that this line of defense has already become an official narrative of the government. When confronted by Western officials, Turkish government ministers keep repeating this: 80 million believe it was a Gulenist job. You may not want to lose the Turkish people.

I don’t really know if everyone speaks what they believe in. But you would expect everyone to say the same thing anyway when the alternative means dismissal from your job or losing your freedom. Public employees are asked to fill out a certain form that proves that they are not sympathizers of Gulen. If you somehow purchased Zaman newspaper, the Gulen movement’s flagship publication, at one point in your life, you have to keep posting anti-Gulenist statements on Facebook to get away from being arrested. Anyone brave enough to question the official narrative?