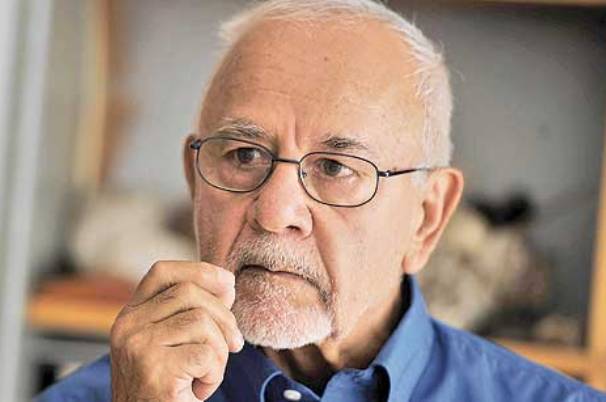 Lawyers and academics, in a manifesto released on Thursday, say the concept of a “parallel state” was invented by the government to cover up the major corruption scandal which erupted on Dec. 17, implicating various businessmen and government officials, stating that this concept is being used by the government to place the blame for the unlawful acts on the Hizmet movement.

The statement stressed that the reassignments of thousands of public servants and the worrisome attempts to curb the separation of powers through the judiciary have damaged Turkey’s respect for the principles of the law and security and have broken ties between the law and legitimacy.

Speaking with Today’s Zaman on the manifesto, signatory Ümit Kardaş, a retired colonel and former military judge, said he doesn’t find the government’s argument of a parallel state convincing. “Was this so-called ‘parallel state’ recognized only after Dec. 17 [when the corruption scandal was made public]? If it was really a parallel state, why did the government fail to recognize it before? If it is indeed a parallel state, what steps has the AK Party taken towards the [so-called] parallel structure in the last two months [since it put forward the argument for the first time]? There is the National Intelligence Organization [MİT]. You should have revealed this structure before this,” Kardaş noted.

Commenting on the defamatory expressions used against the Hizmet movement, such as “parallel state,” “gang,” “virus,” “secret organization” and even “Hashashin” — a shadowy historic group that carried out politically motivated assassinations during the time of the Seljuk Empire, Kardaş said targeting the movement without any concrete evidence is not acceptable at all, adding that some of expressions used by Prime Minister Recep Tayyip Erdoğan against the movement can be considered hate speech. “Using hate speech can polarize the public. Politicians should adopt a more moderate and sensitive language.”

Kardaş said the ruling party is trying to make its base believe arguments such as there is a conspiracy or plot being conducted against the government but Kardaş believes a majority of the public see such arguments as attempts to block the ongoing corruption investigation.

Also speaking to Today’s Zaman, Ergin Cinmen, a lawyer known for his activism in improving democracy in Turkey, said the parallel state is an invented concept. Pointing to the words of Erdoğan who defined the period after the corruption scandal as Turkey’s second “Independence War,” Cinmen said these words are very serious and desperate, adding that the prime minister is indirectly saying Turkey has entered a state of emergency.

Pointing to the local elections to be held on March 30, Cinmen said he believes the Gezi Park protests which erupted late in May of 2013 over the government’s plan to demolish Gezi Park in İstanbul’s Taksim district and the developments that have happened since Dec. 17 will affect the results of the local elections.

Another signatory, Professor Gencay Gürsoy, read the manifesto on behalf of the academics on Thursday. He said Turkey has been going through an emergency period in which the rule of law has been suspended.

Pointing to the reassignments of thousands of police officers and many prosecutors and judges after the corruption scandal, Gürsoy stated: “Some law enforcement forces refused to obey court orders and the orders of prosecutors conducting the bribery and corruption investigation. Furthermore, some judicial officials conducting the investigation were removed. The prime minister tried to legitimize this serious situation using the argument that Turkey is staging yet another struggle for independence,” asking the government if a coup was indeed being conducted as it claims, would it be contented with just changing the positions of those civil servants?

Gürsoy said if there is truly a parallel state in Turkey, why hasn’t the government launched a criminal investigation against this structure.

He says defining this situation as a “war of independence” means the judiciary can be suspended if it is deemed necessary, adding that Turkish history includes many examples of emergency periods which created an unlawful environment in the country.

IT IS a long way from the Anatolian plains to a campus in the heart of London, where eminent scholars of religion deliver learned papers. And the highlands that used to form the Soviet border with China, an area where bright kids long for an education, seem far removed from a three-storey house in Pennsylvania, […]