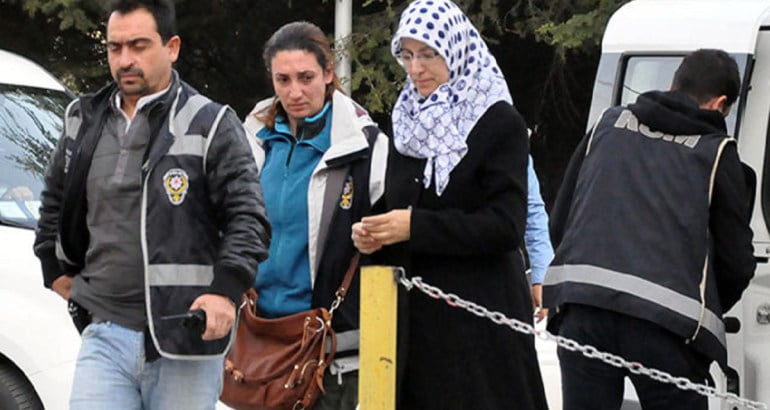 Nearly seven months after former public worker B.K. was arrested, his wife and two children were also detained as part of a government witch hunt against the Gülen movement, accused to be behind the coup attempt on July 15.

Diagnosed with chronic obstructive pulmonary disease (COPD), B.K. was first dismissed from his position at a state institution in Kütahya’s Domaniç district. He was arrested immediately after his dismissal and has been remaining with twenty-three other inmates in a holding cell that is supposed to accommodate only 8 people, according to Samanyolu news portal.

On March 3, police raided B.K.’s home and rounded up his wife along with two school-age children.

While the details regarding the arrests of family members have yet to be clear, one of the children had reportedly dropped out her university amid financial difficulties emerged after her father’s arrest.

Turkey survived a military coup attempt on July 15 that killed over 240 people and wounded more than a thousand others. Immediately after the putsch, the Justice and Development Party (AK Party) government along with President Recep Tayyip Erdoğan pinned the blame on the Gülen movement, a civic group that was inspired by teachings of US-based Turkish Muslim scholar who focuses on interfaith and intercultural dialogue.

Turkey’s Islamist-rooted government branded Gülen, a vocal critic of Turkey’s autocratic President Recep Tayip Erdoğan on corruption and President Erdoğan’s support to armed Jihadists in Syria, as terrorist on fabricated charges and launched a crackdown on his followers. The government often relies on false testimonials from secret witnesses whose identities are not revealed to even lawyers who want to investigate the witnesses’ integrity and credibility as they prepare their defense.

Since the failed coup attempt on July 15, 2016, autocratic Erdoğan regime has detained over 92,500 people and jailed in excess of 46,000, primarily over links to the Gülen movement and on charges of terrorism and coup plotting. (SCF with turkeypurge.com) March 5, 2017