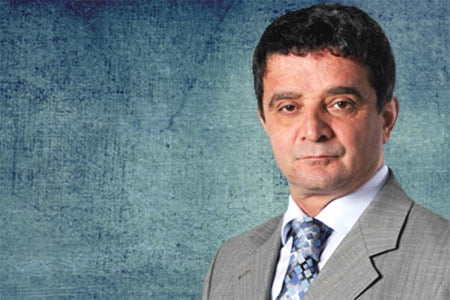 The basic strategy pursued by Erdoğan in trying to stop the investigations that sprung from the Dec. 17 corruption revelations has been to claim that these investigations were in fact part of a coup aimed at bringing down his government. In response to the question of “Alright, but who carried out this coup?” the accusatory response from Erdoğan has been that it is none other than esteemed civil organization the Hizmet movement. All of which is why thea inclusion of the Hizmet movement in the MGK’s “red book” as a “domestic threat” is a serious step that only works to strengthen Erdoğan’s strategy against the corruption allegations facing him.

In the end though, as a result of the nearly half-day MGK meeting, the decision to add the Hizmet movement to the “red book” was in fact not made. In fact, there was never even any mention made during the meeting of the “red book.” Had the agenda in fact had anything to do with Turkey’s security priorities, a phrase such as “security strategy was debated and priorities were re-defined” would have made its way into the press statement. Instead, the press statement stresses that the “struggle against parallel structures will continue.” And in the meantime, the phrase “illegal structures hidden under legal appearances” bring to mind more than anything the parallel justice and public safety structures wielded by the Kurdistan Workers’ Party (PKK)-linked Kurdistan Communities Union (KCK) structure in the Southeast.

There is another important detail herein: the term “parallel structure,” which has worked as a sort of lifesaver for Erdoğan in the wake of Dec. 17, is a carefully used definition. Used by Erdoğan to describe Fethullah Gülen’s Hizmet movement, it has never been a term he has used in plural form, i.e., “parallel structures.” In fact, the plural form is an expression we have heard from Prime Minister Ahmet Davutoğlu. When Erdoğan turned over his position at the helm of the Justice and Development Party (AK Party) and as prime minister to Davutoğlu, the latter was someone who he had praised for his “resolve in struggling against the parallel structure.” But Davutoğlu, on his part, has always talked of “parallel structures,” and “every sort of parallel structure.” And so clearly the term “parallel structures” that was included in the midnight statement from the MGK about its meeting belonged not to Erdoğan but rather to Davutoğlu. This striking detail tells us that in fact deep differences in view marked the behind-closed-doors debates over whether or not to include the Hizmet movement in the “red book”; it further shows us that Erdoğan did not get what he wanted.

In talking about the MGK meeting, Erdoğan was definitive in his use of the phrase “parallel structure,” and resolute in his insistence that national security priorities were to be re-defined. This was his assertion that the Hizmet movement would be included in the “red book.” In this way, he has asserted, countries close to Turkey will also be made aware of this “threat,” while prosecutors carrying out corruption investigations will also be forced to consider it as a factor.

But since the MGK’s “red book” has no power to influence legal investigations and since, as a document, it is not in fact shared with countries close to Turkey, clearly these words from Erdoğan were simply propaganda. To wit, back in 2006, Erdoğan had rejected a request from the MGK to examine the “red book” in connection with an ongoing case at that point on the basis that this document is confidential. And the secrecy surrounding this document is also why it could never be shared with other countries. What the National Security Strategy Concept Paper defines are threat priorities and the type of precautions to be taken against these threats. In brief, Erdoğan’s propaganda tactic simply does not harmonize with how the “red book” actually functions.

The real truth is that the statement that came in the wake of the recent MGK meeting reveals that Erdoğan’s propaganda tactic has fully collapsed and that his proposal was also not taken seriously by the members of this high board. And so it is that the headline from the Sabah newspaper about how the Hizmet movement was “added to the red book” is nothing other than one giant lie, invented to try and pick up Erdoğan and his words from where they have collapsed on the floor.