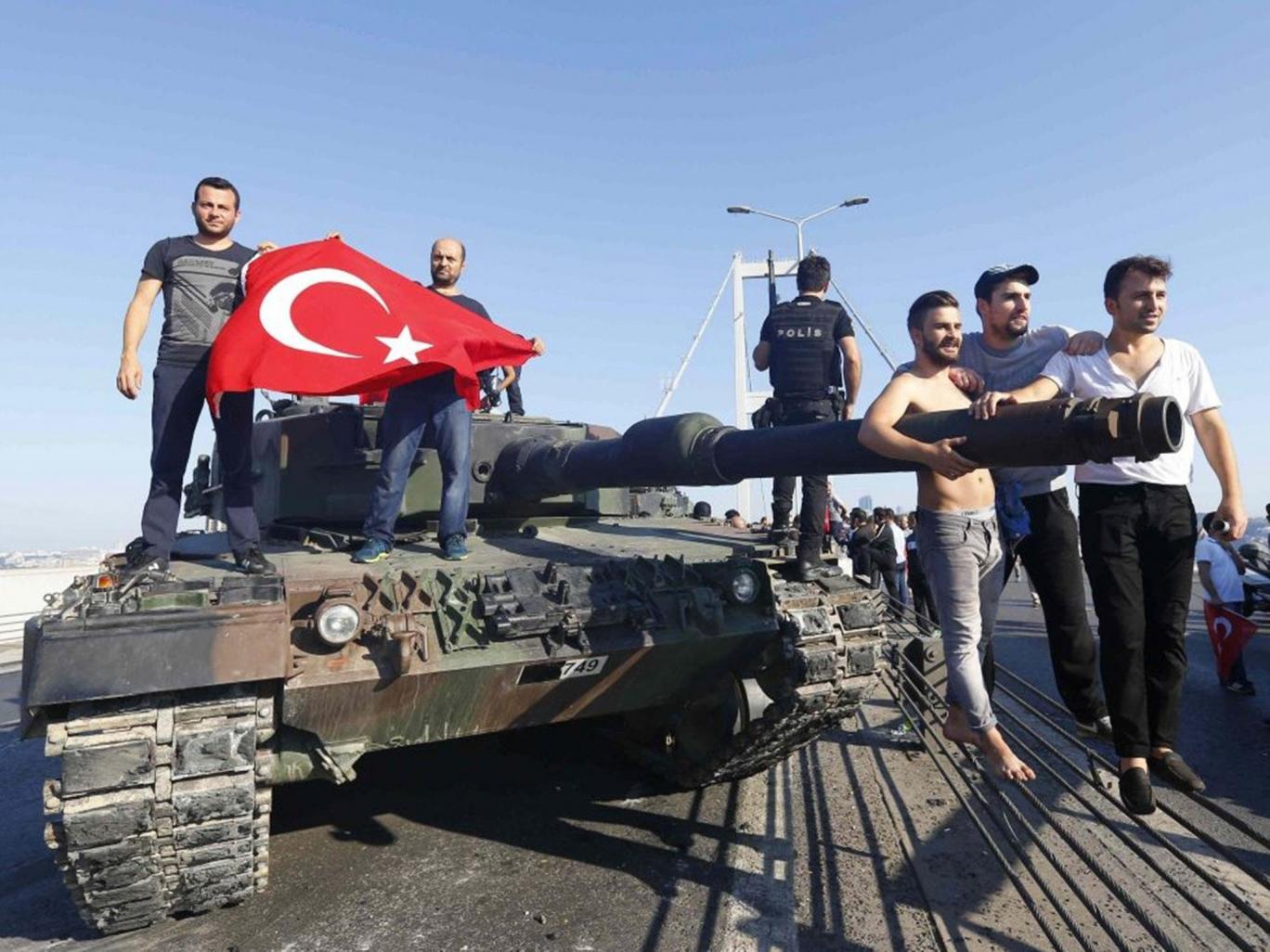 Conspiracy theorists are saying the attempted military coup in Turkey was faked, after President Recep Tayyip Erdogan reportedly called it “a gift from Allah”.

President Erdogan reportedly told supporters at Istanbul’s international airport that the coup attempt was the work of the movement led by the exiled preacher Fethullah Gulen, which he denounced as “an armed terrorist organisation”.

He was quoted as calling the attempted coup “a gift from God,” reportedly saying it would help cleanse the military of “members of the gang” who would “pay a heavy price for their treason”.

This immediately led many to fear that President Erdogan, who has previously been accused of persecuting critics, will use the coup as an excuse to further crack down on his opponents. Such fears are likely to be stoked by Turkish TV reports that 2,745 judges have been removed from their offices following the coup attempt.

Some observers have even begun specualting that the coup was stage-managed to give Mr Erdogan an opportunity to purge the military of opponents and increase his grip on Turkey.

Ryan Heath, the senior EU correspondent at Politico, used Twitter to share comments from his “Turkish source”, who called the events of Friday night a “fake coup” which would help a “fake democracy warrior” [Erdogan].

The source said: “Probably we’ll see an early election [in] which he’ll try to guarantee an unbelievable majority of the votes. And this will probably guarantee another 10-15 years of authoritarian, elected dictatorship.

“We’ll possibly see a change in the constitution for worse, which secularism will be gone and Islamist motifs will be in!”

Using the hashtag #TheatreNotCoup, a Twitter user calling himself Subsidiarity Man wrote: “Two words: Reichstag fire. The year was 1933 and you know what happened next.”

Another Twitter user quoted “my special friend in Istanbul” as calling what happened: “Most probably a real coup attempt, which was vaguely known beforehand, and was allowed to proceed, because they knew it to be disorganised and weak.

“This means it will be followed by a real coup by Erdogan himself, and the last remnants of democracy will be lost.”

In a reference to the history of Nazi Germany, the friend added: “A civilian brown-shirt movement is already in the making, and this will rule the streets once the so-called coup is defeated in a couple of days.”

The Gulen movement, also known as Hizmet and led by the US-based moderate Islamic cleric Fethullah Gulen, has rejected Mr Erdogan’s accusations and denied any involvement in the coup.

The group, which presses for a moderate version of Sunni Islam that emphasises interfaith dialogue, has regularly accused President Erdogan of harassing and unfairly arresting its supporters.

Before the attempted coup, there had also been extensive international criticism of Mr Erdogan’s human rights record, especially his growing repression of the media.

It has been reported that since 2014 1,845 journalists, writers and critics have faced charges of insulting the president, an offence which in Turkey carries a potential jail sentence.

President Erdogan faced particular scrutiny earlier this year after he demanded a criminal prosecution of the German satirist Jan Böhmermann who used profane language to insult him on television.

This prompted the British right-wing magazine The Spectator to run a President Erdogan Offensive Poetry competition – won by the then former London mayor, now Foreign Secretary Boris Johnson, with a limerick suggesting the Turkish president had enjoyed sexual congress with a goat.

There was a young fellow from Ankara

Who was a terrific wankerer

Till he sowed his wild oats

With the help of a goat

But he didn’t even stop to thankera.

As news of the coup attempt emerged, Mr Johnson issued a series of messages in support of President Erdogan and his “democratic elected government and institutions”.