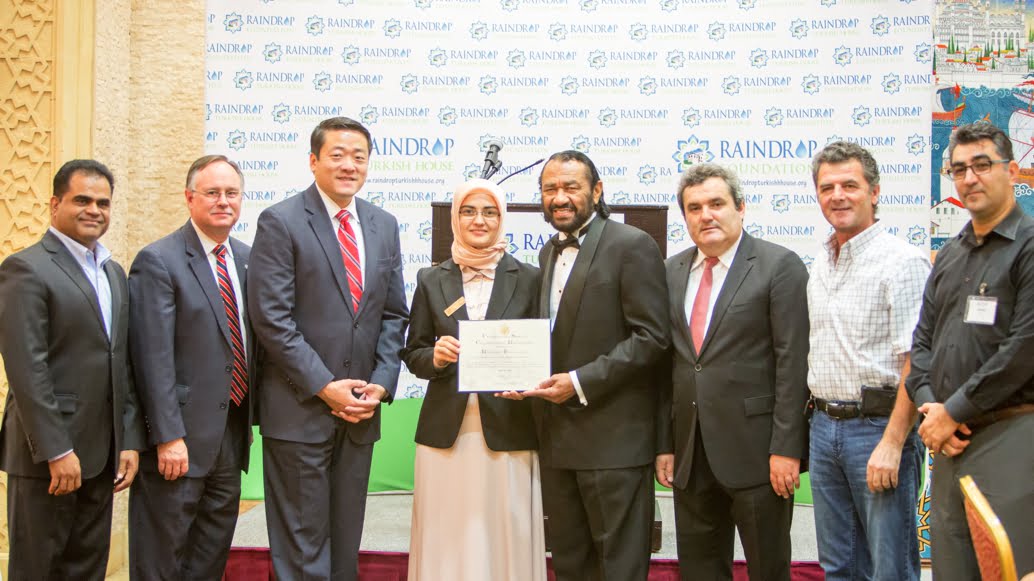 Mehmet Okumus used to go home to Turkey once a year to visit his family. Now he says he can’t go home out of fear he’ll be labeled a traitor.

Turkish President Tayyip Erdogan has been going after thousands of people in the Turkish military, various government agencies and schools in the wake of a failed military coup earlier this month. Erdogan has blamed the followers of U.S.-based Islamic cleric Fethullah Gulen as the ones behind the uprising, and has asked President Barack Obama to extradite him to Turkey — which Obama said can’t happen without a formal extradition process.

Okumus is the president and CEO of the Raindrop Turkish House, a nonprofit organization in the south-central United States that works to introduce Turkish culture into American society and promote the understanding of diverse cultures through community service and dialogue. Okumus oversees the Raindrop outreach in Bryan, less than a mile from Bryan High School.

Okumus, who moved to the U.S. in 2002 and lives in Houston, has been a follower of Gulen for decades.

He said the Gulen movement — called the Hizmet movement by its followers after the Turkish word for service — was founded on peace and dialogue. Okumus said to organize a coup would not fall in line with the principles of the movement for which he cares so deeply.

“I have known this movement for 23 years,” he said. “I have never, ever, ever experienced any kind of wild items in our meetings. If so, I’ll be the first person to leave. I can assure you of that.”

Gulen has been widely recognized, respected and criticized as being a progressive Islamic leader. He topped Foreign Policy Magazine’s “Top 100 Public Intellectuals” poll in 2008 and was named its most influential thinker. He was named one of Time magazine’s World’s 100 Most Influential People in 2013. Gulen has also become a critic of Erdogan, and has said the Turkish leader is going to “any length necessary to solidify his power and persecute his critics.”

Okumus said he has lots of questions about the origin of the coup, and is suspicious about Erdogan’s motives to blame Gulen. He said the coup has created a kind of with-us-or-against-us mentality in Turkey, one that will ultimately hurt the country and its relations with the United States. Turkish officials have already fired tens of thousands of teachers, university deans and others they say have ties to the failed coup plot.

“When you say these kinds of things, they can say you’re a traitor, you don’t like your country,” Okumus said. “I love my country.” Okumus said he knows people who have lost jobs, and one A&M professor from Turkey — who didn’t want to give his name for fear of the Turkish government retaliating against his family — said he’s had friends in the academic field reach out to him about jobs.

The Turkish government has also shut down many media outlets and has detained dozens of journalists, silencing any government opposition voice, the professor said.

“When you control the information flow, then it becomes very easy to manage the perceptions of people,” he said. “That’s what’s saddening — that Turkey is becoming one of those totalitarian regimes, as this example also shows.”

The professor said Erdogan’s rule wasn’t always like this. He said the first two terms were pro-European Union and full of hope that the country would become a fully democratic nation. But after around 2011, he said, things changed dramatically and Erdogan has sought to gain complete control of the country.

Now, Okumus said, humanitarian organizations need to step in and investigate who is behind the coup. He doubts a fair investigation can be conducted by the Turkish government.

The professor said pressure from human rights organizations is needed to make the country change. He said Erdogan has gotten too powerful over the years, and what started as an effort to become a democratic nation has begun to lean toward authoritarianism with a lack of regard for human rights.

“In the next maybe year or so, I don’t think there’s going to be a big change in Turkey,” he said. “It looks like this is going to take its course for some couple of years maybe. Since there is no internal … mechanism that could help steer Turkey again toward democracy … there has to be some kind of an external pressure.”