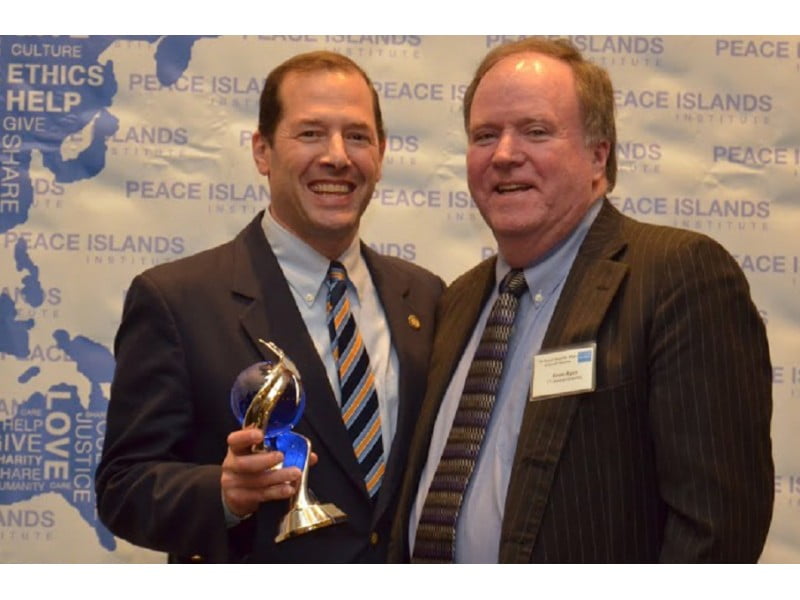 West Hartford State Representative Andy Fleischmann (D-18) recently received the “Statesman of the Year Award” for his contributions to education and environmental causes.

Fleischmann was honored at the 5th Annual Friendship Dinner and Awards Ceremonies, which was held in Hartford on March 26.

The Friendship Dinner is organized by Peace Islands Institute (PII), a non-profit organization that promotes peace, cross-cultural tolerance, and human dignity by showing support to select individuals and institutions in Connecticut that work toward promoting unity, education, welfare and progress. The group supports practices to achieve world peace by creating the realms of peaceful coexistence, or “peace islands”.

“We are pleased to have presented Rep. Andrew Fleischmann with our ‘Statesperson of the Year’ award for his contributions to environmental awareness and the educational field,” said Mehmet Erdogdu, Director of the Peace Island Institute’s Connecticut Chapter.

31 May 2012 / ALI H. ASLAN, WASHINGTON Houston University’s Gülen Institute bestowed awards on 35 young people from 65 countries and 45 US states for their winning essays on how to address crimes against children around the world on Capitol Hill in Washington, D.C. Nearly 1,300 compositions had been entered into the Gülen Institute’s […]