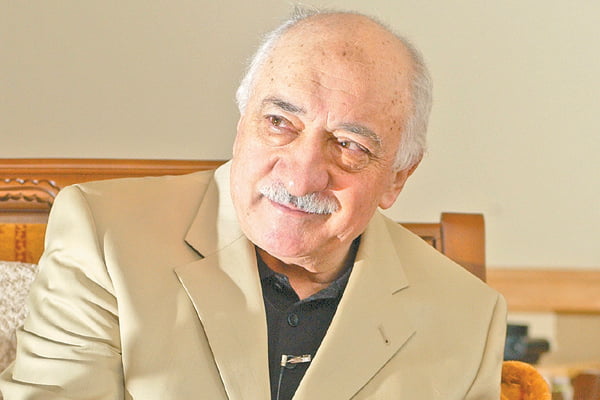 “Fethullah Gülen and Today’s World,” which was introduced at the conference, is regarded as an invaluable book in that it is expected to be the primary reference book about the Gülen movement in Eurasia. Prepared by a group of writers from Kazakhstan’s Sciences Academy Philosophy and Politics Institute, the book was published in the first week of May after three months of preparation. Chaired by Professor Abdulmalik Nisanbayev, who wrote a number of articles about Gülen previously, the committee preparing the book also consisted of Professor Greta Solovyeva, Professor Serik Nurmuratov and Associate Professor Bahıtcan Saterşınov.

The book covers the Gülen movement’s activities, which are based on tolerance and dialogue, in Kazakhstan, Turkey and some other countries. It is composed of three parts in addition to the conclusion. The first part deals with the movement’s activities aimed at boosting dialogue across countries and religions. In the second part the world view of Fethullah Gülen and his followers is discussed along with some articles by Gülen, while the third part includes a comparison of Fethullah Gülen with world sociologists and philosophers. Kazakhstan DA magazine’s editor-in-chief, Malik Otarbayev, said the book will serve as a source that will introduce Gülen to intellectuals in Eurasia.

In a phone interview with Sunday’s Zaman Otarbayev said the book was first written in Russian and later translated into Kazakh. “The book was written in Russian since it was aimed to appeal to the whole of Eurasia,” said Otarbayev. Stating that although some of Gülen’s books were translated into Russian before, he said “Fethullah Gülen and Today’s World” would be the first book to provide a general outlook on Gülen’s thoughts and the activities of the Gülen movement in the Russian and Kazakh languages. “Some books of Gülen’s were previously translated into Kazakh and Russian. A book briefly giving information about Gülen and the movement named after him was also published recently. However, such books were not sufficient for Kazakh intellectuals. Being a comprehensive book on Gülen and the movement, ‘Fethullah Gülen and Today’s World’ will fill a gap in the Eurasian world,” he said. Otarbayev stated that Nisanbayev had previously pointed out that although Gülen has been discussed by a number of intellectuals in the world, he was not well enough known by Kazakh intellectuals, even though he pioneered Gülen movement activities aiming at promoting mutual understanding and tolerance across nations. Otarbayev said Nisanbayev had stressed the need for such a reference book many times, which led him to take part in such a project.

Otarbayev, who was also present at the conference where the book was introduced, said they received quite good feedback about the book from Kazakh intellectuals and writers. Noting that only two Turkish authors, Aziz Nesin and Nazım Hikmet, are known in Kazakhstan, he said the book attracted great interest from the participants since it gives a broad insight into Gülen and his teachings.

Speaking to Sunday’s Zaman, DA Platform Secretary-General İsmail Taş also stressed that the book will contribute to Kazakh intellectuals’ understanding of Gülen and his followers. Emphasizing that the participants at the meeting pointed out that Gülen’s thoughts are important not only for this age and the Turkic world but also for the whole of humanity, he said, “‘Fethullah Gülen and Today’s World’ is of great significance since it is the only book to be written in its field.”

A Kazakh translation of “Beyan,” which was written by Gülen in 2004, contains 18 of Gülen’s articles, mostly dealing with literary and philosophic issues. It was prepared by the Kazakh Culture Ministry and edited by Kanseyit Abdezuli, a philosophy professor. Two thousand copies of the book were published for promotion purposes.

A Kazakh translation of “A Dialogue of Civilizations” was another book introduced at the conference. In “A Dialogue of Civilizations,” Dr. Carroll makes a comparison between the Islamic ideals of Fethullah Gülen and the thoughts of well-known philosophers Immanuel Kant, Confucius, Plato, Jean-Paul Sartre and John Stuart Mill, creating a discussion on basic humanistic subjects such as freedom, education and inherent human dignity.

Fethullah Gülen is a Turkish Islamic scholar well known for his teachings promoting mutual understanding and tolerance between cultures. One of the world’s most influential Islamic scholars, Gülen came out at the top of the list of “The World’s Top 20 Public Intellectuals” by the magazines Foreign Policy and Prospect in 2008. Now residing in the US, Gülen has pioneered educational activities in a number of countries along with efforts to promote intercultural and interfaith activities around the world. He has written nearly 50 books in Turkish, some of them translated into several languages.