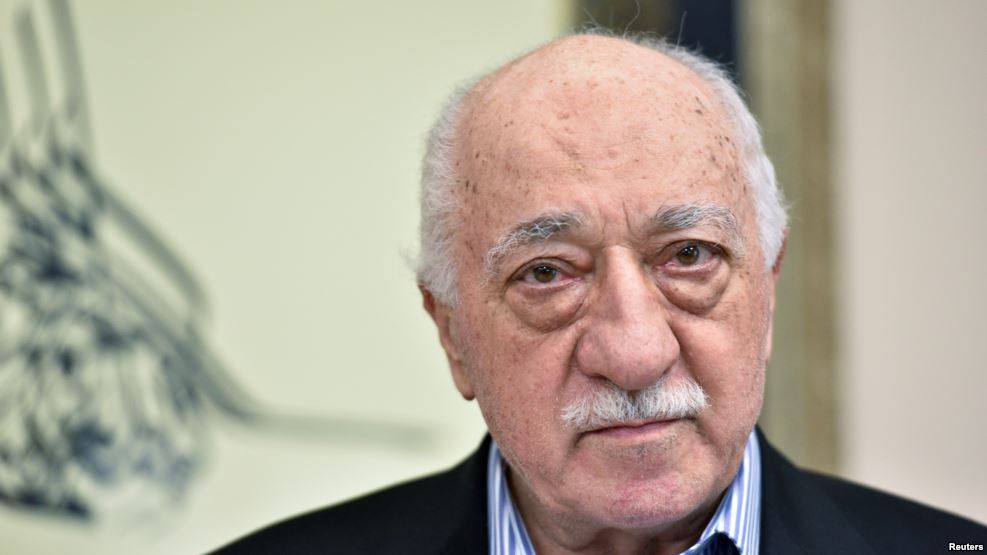 US based cleric Fethullah Gulen at his home in Saylorsburg, Pennsylvania, July 29, 2016.

Fethullah Gulen, who lives in self-imposed exile in the northeastern U.S. state of Pennsylvania, denies involvement in the effort to remove his former ally, Turkish President Recep Tayyip Erdogan, from power.

Turkish parents have been withdrawing their children from Gulen-linked schools in Belgium, the Netherlands and Germany, fearing violence. Businesses linked to his supporters say they are losing income because customers within the Turkish community are boycotting them.

Turkish-Belgian citizens have taken it upon themselves to physically guard several buildings and schools connected to Gulen. Additionally, some Turkish Gulen supporters in Belgium are scared to speak out about the repercussions they are facing.

Ramazan Guveli is the director of the non-profit Intercultural Dialogue Platform in Brussels. The IDP has partner organizations in six European countries and lobbies European institutions on behalf of “Hizmet” ( Service), a movement led by Gulen. While the IDP is not widely known to the Turkish community and no security is needed at its office, Guveli said he has received dozens of online threats.

“I try to keep away from places with a lot of AKP supporters,” said Guveli, referring to Turkey’s ruling party. “For instance, I don’t go to mosque anymore because I don’t think it will be safe. Two of my family members in Turkey are already … in prison and many friends have suddenly lost their jobs.”

Guveli said the Turkish community in Europe has always been polarized but that the divisions have increased in countries with large Turkish populations.

Dutch Foreign Minister Bert Koenders met with his Turkish counterpart, Mevlüt Çavuşoğlu, in Ankara on Monday for talks on the aftermath of the coup attempt and the rising tensions among Turkish groups in Dutch society.

Dutch politicians criticized the Turkish consulate in the Netherlands after it asked Dutch Turks to report anyone who had insulted President Erdogan and tried to tell Dutch mayors how to deal with anti-Turkey protesters. Detained Turkish soldiers who allegedly took part in a military coup arrive in a bus at the courthouse in Istanbul on July 20, 2016, following the military coup attempt of July 15.

Following the failed coup in mid-July, tens of thousands of civil servants, soldiers, judges, academics, journalists and others in Turkey perceived to have links to the Gulen movement were immediately fired of arrested.The crackdown extended to the media, with dozens of newspapers and television stations ordered shut.

Zaman, a Gulen-inspired Turkish weekly paper published in the Netherlands, Belgium, France and Britain, has also been affected. The paper was seized in Turkey last March and the Turkish edition is now under pro-government administrators.

Dursun Çelik, the chief editor of the German edition of the paper, said he believes President Erdogan influences Turks in Germany by playing to their emotions.

“A part of Turkish society does not feel comfortable in Germany,” he said. “I think that Erdogan’s populist and pragmatic policy works very strong because the Turks have not really found enough acceptance in Germany.”

Similar to complaints in the Netherlands and Belgium, Çelik said lists are being distributed online in Germany, where people can “report” Hizmit supporters to Turkish authorities. Gulen supporters think it will take several more weeks before tensions subside, as many Turks only returned from their summer stay in Turkey this past weekend.

Among the incidents reported following the mid-July coup attempt were the stoning of a Gulen-linked building in Brussels, the burning of an educational building in France and physical attacks on his supporters in Germany.

Erdogan repeated recently that if the Turkish people demand it, the death penalty will be reinstated, which could further complicate relations between Turkey and Europe. Since the coup attempt, Turkey has been critical of a perceived lack of support from Europe, which has criticized the post-coup crackdown and Turkey’s willingness to reinstate the death penalty. Capital punishment in Turkey would halt accession talks to the European Union.

An estimated 4.6 million Turks live in western Europe, with the majority residing in Germany.