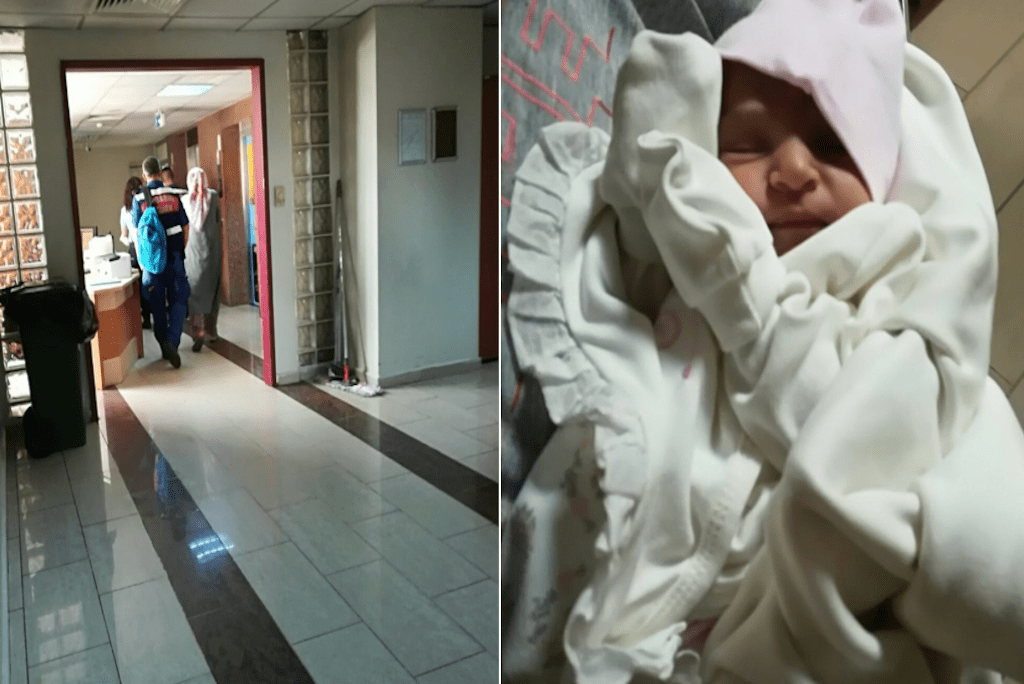 Yasemin Baltacı, who was arrested over her alleged links to the Gülen movement just two weeks before the end of her pregnancy, was reportedly returned to Manisa Prison immediately after giving birth in a hospital in the Tarsus district of Mersin province on Saturday.

Ömer Faruk Gergerlioğlu, a Turkish human rights activist, medical doctor and pro-Kurdish Peoples’ Democratic Party (HDP) deputy, stated on his personal Twitter account on Saturday that “pregnant prisoner Yasemin Baltacı, who has been held in Tarsus Prison, has not been released despite the fact that I brought the issue to the parliamentary agenda. Today she had a baby in a Tarsus hospital. According to information I received, she will be taken back to prison.

“Paragraph 4 of Article 16 of the Law No. 5275 reads that ‘Execution of imprisonment of a woman should be suspended if six months have not passed since giving birth.’ I invite the authorities to release these mothers in order to obey the law and not violate their human rights,” said Gergerlioğlu

Gergerlioğlu also stated that he conveyed the issue of pregnant prisoners to the Turkish Justice Ministry in a petition on July 27, 2018 in addition to his posts on social media.

The Office of the United Nations High Commissioner for Human Rights (OHCHR) on March 20, 2018 said 600 women with young children were being held in detention in Turkey as of December 2017, calling on Turkey to end the practice of detaining pregnant and postpartum women.

In a 28-page report issued by the OHCHR noted the following points concerning the detention, arrest and torture of pregnant women and children in Turkey in 2017: “OHCHR estimates that approximately 600 women with young children were being held in detention in Turkey as of December 2017, including about 100 women who were pregnant or had just given birth.

“OHCHR documented at least 50 cases of women who had given birth just prior to or just after being detained or arrested. OHCHR received a report concerning a woman who was sexually assaulted by a police officer during arrest. Moreover, NGOs brought to the attention of OHCHR at least six cases of women who were detained while they were visiting their spouses in prison. They were either detained together with their children or violently separated from them.”

Since a coup attempt on July 15, 2016 more than 17,000 women accompanied by at least 705 babies have been jailed over their alleged links to the Gülen movement. The women are accused of providing scholarships, arranging sales, depositing money in private lender Bank Asya, sending their children to schools affiliated with the Gülen movement, subscribing to the Zaman or Bugün newspapers or using the ByLock smart phone messaging application.

Women who go to hospitals seeking birth control or to give birth are clear targets for police officers. However, according to the Turkish Penal Code’s Article 5275, “the sentence of imprisonment is set aside/postponed for women who are pregnant or who are within six months of conception.” Experts say that according to the law, the arrest of pregnant women and those who have infants younger than six months of age is not possible at all. The European Court of Human Rights (ECtHR) also takes born or unborn child under protection.

Women who have been jailed in an unprecedented crackdown have been subjected to torture and ill treatment in detention centers and prisons as part of the government’s systematic campaign of intimidation and persecution of critics and opponents, a report titled “Jailing Women In Turkey: Systematic Campaign of Persecution and Fear” released in April 2017 by SCF revealed.

In several cases, women were detained in the hospital immediately after the delivery of a baby and before they had a chance to recover. Many women were jailed as they were visiting their imprisoned husbands, leaving the children stranded in the ensuing chaos.

Hundreds of thousands of people in Turkey have been the subject of legal proceedings in the last two years on charges of membership in the Gülen movement since the coup attempt in July 2016, a Turkish Justice Ministry official told a symposium on July 19, 2018.

Turkey has suspended or dismissed more than 150,000 judges, teachers, police and civil servants since July 15. On December 13, 2017 the Justice Ministry announced that 169,013 people have been the subject of legal proceedings on coup charges since the failed coup.