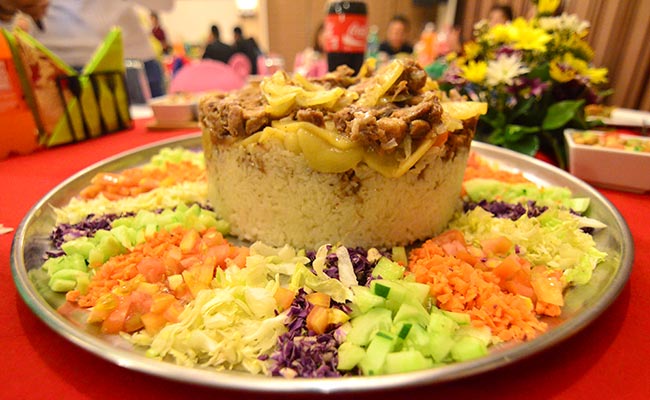 CONSIDERING the significance of communication in the foundation of friendship, a Turkish community stage a cultural night to create a platform in reaching out as many Filipinos through undertaking a one-night event.

Turkish and Filipinos have indeed shared common grounds in terms of attitude, foods and culture and all of these were reflected on the exhibition during the Turkish Cultural Night that was slated last September 28 at the Club House of Woodridge Subdivision in Maa, Davao City.

Turkish and Filipinos are both known for their warm accommodation and hospitality and these are just among the traits that the two are known for worldwide.

When I was tasked to cover the event, I immediately gave it a go without any sign of hesitation as the thought of attending the event excited me.

Fueled by an adventurous impulse and interest to experience various kinds of new things, I quickly grabbed the opportunity considering that this could be a great entry to my diary.

The event was initiated by the Pacific Dialogue Foundation Inc. (PDF), a non-stock, non-profit, educational, and cultural foundation, which seeks to build and foster relationships between and among people of diverse backgrounds. The foundation aims to uphold the primacy of universal values.

I and Christian Mark Lim, our photojournalist, was cordially welcomed by the Turkish folks and were ushered inside the venue.

I could feel the light aura as we headed to our dining table that was filled with Turkish cuisines.

Driven by curiosity about their cuisines, I grab a piece of everything that was served on my plate just to figure out how they tasted like. That was the first time I encountered those types of foods in my entire life. The taste is alien; nevertheless, I could say that it was pretty great.

The foods’ excellent presentation alone could make one crave for them. How much more when tasted?

I have tried their traditional Turkish cuisine which they called Maklube. It was like a huge bowl of rice with various kinds of toppings like potatoes and meat.

What I am certain of is that Turkish people loves spicy food based on what they had presented during the dinner.

Right after our meal, students from Musikademy also showcased their musical talents that amazed the people at that night. They sang an upbeat Turkish music that elicited loud applause from the crowd.

They were those students who joined the International Festival of Language and Culture (IFLC) where PDF is one of the main co-organizers in the Philippines.

It is an annual celebration and showcase of diverse linguistic talents across the world that are geared towards promotion of strong ties, lasting friendships, and raising hope for world peace.

Though I haven’t understood a single word from the lyrics of the song that they had presented, I could sense that the message they convey was about upholding unity amidst diversity.

“Our goals are not about religion, not about culture, [and] not about language but we are really about humanity,” PDF Representative Zeynep Tulip Gün said.

Basically, their purpose for having the event is to create a venue where they could gather their Filipino friends to develop camaraderie. This is also to improve the ties between the Turkish and the Filipino community in the country.

Even though this is just the first that this happened in Davao, Gun believes that life is more about sharing. When blessings are shared, it produces unfathomable happiness.