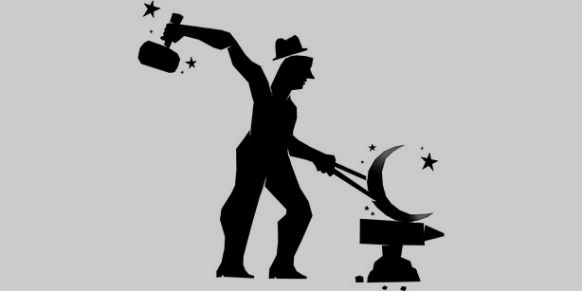 Even before the disaster of Tuesday’s explosion at a mine in western Turkey, questions were being raised about the future of prime minister Recep Tayyip Erdogan. It is yet another example of the volatility that seems to be perpetual in the country.

In recent months, the lira has gone from being one of the worst performing currencies in the world to one of the best. Many investors were reassured by the victory at March’s municipal elections of Erdogan’s centre-right Justice and Development Party (AKP), in the midst of a battle for influence and power with the moderate Islamist Gulen movement.

But to view select economic indicators, short-term market sentiment and political continuity as measures of stability can be misleading. Erdogan is expected to run for and win the presidency in August. If that happens, it will perpetuate volatility in Turkey and present a range of business-related risks.

Erdogan would transform the largely ceremonial post of president into an executive one and sustain if not increase the already acute polarisation between his supporters and his opponents. His victory speech after the March elections, in which he pledged to hunt down enemies of the state, suggests that intolerance and confrontation will continue. Erdogan’s inflammatory rhetoric, after all, helped the AKP win a landslide 44 per cent of the vote.

The prime minister also knows that his core constituents are more interested in the AKP’s strong record of improving social services and enhancing the protection and expression of religious conservative values in society than in allegations of corruption and other wrongdoing in government. Public satisfaction with government efforts to improve public services is running high.

With the opposition divided and lacking a charismatic leader able to win over the AKP’s core supporters, Erdogan can hope to rule Turkey for another ten years at least, in two consecutive terms as president. He has enough reason to extend his rule as long as possible; bowing out of politics would expose him to threats posed by the allegations of corruption and abuse of power that have swirled around his inner circle.

Significantly, Erdogan’s offensive is not confined to politics and the impact on business could well increase in the months to come. Efforts to stifle dissent in business circles and punish those with links to the Gulen movement are ongoing. For example, Turkish Airlines, the national flag carrier, and its creditors withdrew money from the pro-Gulenist Bank Asya in the aftermath of the December 2013 corruption scandal, in what was seen as a (failed) bid to sink the bank.

The prime minister and his inner circle have taken less direct measures to stifle the growth of companies deemed to oppose him. Rizanur Meral, the chairman of the pro-Gulen Turkish Confederation of Businessmen and Industrialists (Tuskon), says businessmen seeking to acquire loans from a state bank must reveal whether they are members of the confederation as part of the screening process.

This trend is in line with aggressive tax probes and the alleged rigging of public tenders faced by such heavyweights as Dogan and Koc Holdings. Though not linked to the Gulenists, both institutions have witnessed periods of severe friction with the irascible premier.

Foreign investors, therefore, have reason to be concerned that local business partners will be targeted by Erdogan, bent as he is on punishing proven and suspected opponents. Partners’ shares may take a hit, even if temporarily, during a government offensive, or they may risk being shut out from contracts and subjected to other discriminatory practices.

Policy making may also suffer in the coming years, with the bureaucracy and administration losing talent partly due to the purge of purported Gulen supporters and due to disillusionment in the corridors of government. Ali Babacan, Turkey’s moderate and competent economy minister – an ally of Abdullah Gul, the incumbent president – has indicated he will retire from politics next year. While this is in line with AKP rules, internal regulations could easily be amended. Babacan’s departure would be a blow for the investment community.

The state of the judiciary is even more of a problem. It was never fully independent, yet the rule of law has been another casualty in the struggle between the Gulenists and Erdogan’s inner circle. Erdogan has not only replaced thousands of suspected Gulenists in the police force and the judiciary. He has also sought, with mixed results, to make the Supreme Board of Judges and Prosecutors directly accountable to the government.

This trend shows no signs of abating. As president, Erdogan would acquire the power to appoint members of the Constitutional Court – the last significant check on his power. While local observers point out that seemingly unending court cases to overturn the results of public tenders have not deterred foreign investors in the past, the government’s drive to control judicial matters has raised alarm bells.

Prominent individuals, including Suzan Sabanci Dincer, the chairwoman of Akbank, and Muharrem Yılmaz, chairman of the Turkish Industrialists and Businessmen’s Association (Tusiad), have underlined the importance of the rule of law in attracting local and foreign investment.

That should translate into popular backing for Erdogan. Yet the prospect of rising US interest rates, potentially in the second half of 2015, poses a serious threat. Adverse external conditions and reduced liquidity, combined with ongoing or even more acute political tensions, could land the economy a blow that would also hit support for the AKP.

Trouble in the economy has hit the AKP before. In 2009, when the global financial crisis precipitated a 5 per cent contraction in GDP, the party won a disappointing 38.8 per cent of the vote in municipal elections, down from 46.6 per cent in the 2007 general elections.

Nobody expects rising rates in the US to hit Turkey’s economy like the crisis of 2008-09. But Erdogan’s popularity is built on his record of driving growth. Confidence in his ability to manage the economy has taken a severe blow following Tuesday’s disaster. The US Fed could yet put an end to his project for lasting power.