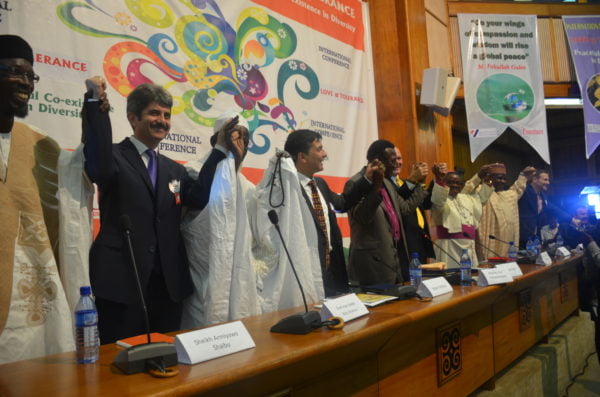 Speakers at the peace conference Organized by TUDEC and National Peace Council.

It is for this reason that the contributions of civil society and non-governmental organizations are crucial in complementing the government’s effort at promoting socio-economic development.

One organization that has been making significant strides in the areas of the fight against poverty, ignorance and disunity in Ghana, is the Ghana-Turkey Cooperation and Development Association (TUDEC).

The organization was established in 2011 to promote education and trade activities between Ghana and Turkey, and to also offer social and humanitarian services such as aid, relief and dialogue activities in Ghana.

TUDEC’s contributions can be seen in the areas of inter-cultural education, sponsorship, inter- religious dialogue meetings and aid reliefs to the poor and needy in society.

TUDEC’s works are inspired by the philosophy of a prominent Turkish Muslim scholar, opinion leader, poet, prolific teacher and author, Fethullah Gullen. He sees poverty, ignorance and disunity as the main enemies of the human race.

To combat ignorance, he suggests a right to education, irrespective of race, ethnicity, religion or nationality.

The fight against poverty is in two fold. First, Fethullah Gullen proposes the fostering of businesses and creating business opportunities for the poor. Secondly, he suggests that the poor, irrespective of their religion or race, should be supported through aid and relief activities.

To combat disunity, Fethullah Gullen believes that bringing people together to dialogue will promote understanding, respect and tolerance among people.

Inspired by these ideas, participants of Hizmet movement (Hizmet means service), a global transnational civil society movement, described by Gulen himself as “a movement of people united around high human values,” opened thousands of schools, hospitals, universities, aid and relief foundations and dialogue centers in about 160 countries.

TUDEC’s contributions in Ghana, especially in the area of promoting inter-religious dialogue has won for it the praise of prominent Ghanaian religious scholars, including the Chairman of the National Peace Council, Most Reverend Professor Emmanuel Asante, and an Islamic scholar, Sheikh Armiyawo Shaibu.

TUDEC sees dialogue as the tool to promote peaceful coexistence between Muslims and Christians in Ghana.

It therefore collaborates with the National Peace Council, the Office of the National Chief Imam and the Christians organizations in the country to champion inter-faith dialogue.

For instance, last year, TUDEC in collaboration with the National Peace Council (NPC) organized an international dialogue conference at the Accra International Conference Centre (AICC), on the theme: “Love and Tolerance; Peaceful Coexistence in Diversity.”

Chaired by the Chairman of the NPC, the Most Rev. Professor Emmanuel Asante, the conference was attended by distinguished individuals from different walks of life, Muslim and Christian clerics, a Minister of State, Rashid Pelpuo, the National Chief Imam of Ghana, Sheikh Osmanu Nuhu Sharubutu, an Islamic scholar, Sheikh Armiyawo Shaibu, the Bishop Anglican, Diocese of Accra, Rt. Rev. Dr. Sylvanus Daniel Tortoise, the Metropolitan Archbishop of Accra, the Most 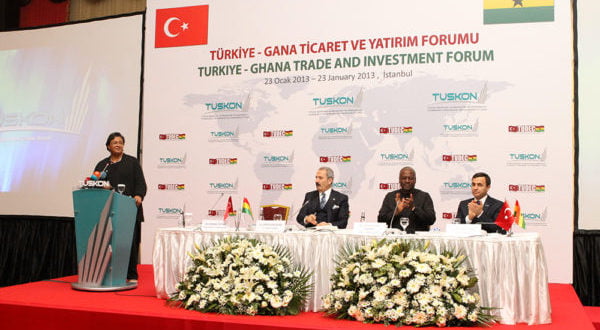 Trade fair organized by Tudec İn Turkey and attended by his Excellency President John Mahama and a delegation of renowned Business people.

The conference was inspired by the book of Fethullah Gulen. Speeches at the conference were captured in a book form edited by the Most Rev. Professor Emmanuel Asante and titled: “Love and Tolerance”.

The book was launched at a programme chaired by the Commandant of the Kofi Annan International Peacekeeping Training Centre (KAIPTC), Maj. Gen. OB Akwa, in Accra in March, this year.

An Islamic scholar, Sheikh Armiyawo Shaibu, said he was particularly thrilled by TUDEC’s effort at getting Muslims and Christians around one table to discuss issues bordering on tolerance and respect for each other’s views.

He said Islam encouraged Muslims to live in peace with adherents of other religious faiths. Therefore, he said, TUDEC’s effort at promoting inter-faith dialogue was in line with the teachings of Islam and traditions of Prophet Muhammed.

Sheikh Armiyawo said TUDEC’s activities in the areas of offering scholarships to needy but brilliant Ghanaian students, irrespective of their religion to study in Ghana, and in Turkey was laudable.

TUDEC has also demonstrated that it is interested in supporting the growth of the Ghanaian economy and creating job opportunities for businesses in the country.

To give the visits a further boost, TUSKON, a business association in Turkey, in collaboration with TUDEC organized a business forum for President John Dramani Mahama and Ghanaian business delegation in Turkey in 2012.

Following such events, several Turkish companies are into the sale of Turkish textiles, construction materials, housing appliances and clothing in Ghana. More

Turkish investors have expressed their interest in investing in the real estate, construction and manufacturing sectors in Ghana.

The President of TUDEC, Mr. Yusuf Temizkan, said TUDEC was hopeful that the investors would inject the needed capital to support the Ghana’s socio-economic development.

TUDEC is also engaged in different aid and relief organizations like offering scholarships to needy students, provision of boreholes in rural areas and the donation of assorted food items and meat during Eidu-ul-Adha, Eid-ul-Fitr and Christmas festivities.

The organization uses education to promote understanding among various nationals and cultures. This is evident in the Galaxy International School. The school, which was established in 2001, has students from more than 35 nationalities, including Ghana, United States of America, Canada, England, Turkey, China, Nigeria, South Africa and Gabon. About 30 per cent of the students are on scholarship.

The Principal of the Galaxy International School, Mr. Hakan Karaman, said guided by the different nationalities and cultures of the students, the teachers taught the students the universal values of respect, fellow feeling, and ethics.

Also, through the inter-cultural festivals that the school organizes every year, the students go to the school with their parents to exhibit their different cultures, such as dressing, food, songs and dancing. Such gatherings promote understanding of the various cultures and thus enhance tolerance and respect among the various nationals. 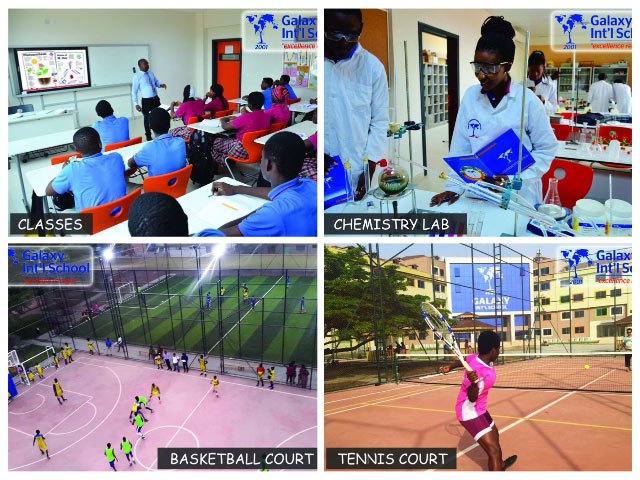 Galaxy intl school offers scholarsip packages to students from all over the country every year as a way of giving back to society.

Last year, Galaxy International School won five Cambridge awards – The Best in Mathematics School of the Year; The Best Science School; The Best English School, and the Best Primary school, all in the primary education category, as well as The Best French School in the secondary category.

So far, the school has won 7 gold, 14 silver, 26 bronze international medals and 30 honorable certificates for its academic performance.

TUDEC has also inspired the setting up of another school called the Fatih College in Tamale in the Northern. The school is offering full scholarships to most of its students who are needy and brilliant. An ultra-modern school campus is also under construction in Tamale.

The Ghana-Turkey Cooperation and Development Association (TUDEC) is making significant strides in the fight against poverty, ignorance and disunity in Ghana.

TUDEC was established in 2011 to promote trade activities between Ghana and Turkey and also offer social and humanitarian services in Ghana.

Activities of TUDEC are to fight against ignorance, poverty and disunity based on the philosophy of a Turkish Muslim scholar and author, Fethullah Gullen.