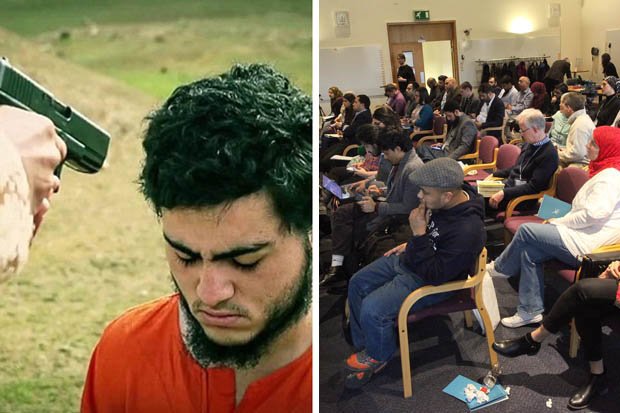 BRIT Muslims have declared it is up to “us” to lead the fight against Islamic State.

Scholars and religious leaders said it was time for a show of defiance by allowing women to choose whether or not to wear the veil.

A conference heard that moderate Muslims held the key to defeating extremism.

They could succeed where air strikes and special forces operations have failed by encouraging a united, peaceful and tolerant Islam to turn its back on violent jihad.

The academics rapped atrocities by Isis which they claimed were inspired by an “outmoded” interpretation of the Koran.

“Only Muslims can marginalise these people”
Dr Ismail Sezgin

Speakers at the British Islam Conference at Coventry University – close to a major Isis recruiting ground in the West Midlands – urged moderate Muslims to denounce every act of terrorism.

Dr Ismail Sezgin, executive director of the Centre for Hizmet Studies, said: “We have to maintain a consistent line of condemnation. We have to denounce the violence every time.

“People lose their faith or are recruited by Isis because people abuse the verses of the Koran. Only Muslims can marginalise these people.”

Sughra Ahmed, chair of the Islamic Society of Britain, also called on Muslims to don Remembrance Day poppies in honour of dead servicemen.

She said: “One thing we kept hearing was that Muslims don’t wear poppies, they burn them. We wanted to challenge that stereotype. Over a million Muslims wear the poppy each November. The symbol became a bridge-builder for people.”

Imam Qari Muhammad Asim, from Makkah Mosque in Leeds, said extremism flew in the faith of his teachings.

He said: “It’s not just a Muslim issue – it’s a global phenomenon.

“Extremism affects us in all forms and only together can we defeat it to preserve our future generations.”

Dilwar Hussain, whose New Horizons charity aims to help make the peaceful majority of Muslim voices heard in the UK, said: “We want to bridge the ‘us and them’ divide and provide a future for our children where our religious identity is in harmony with our British identity.”