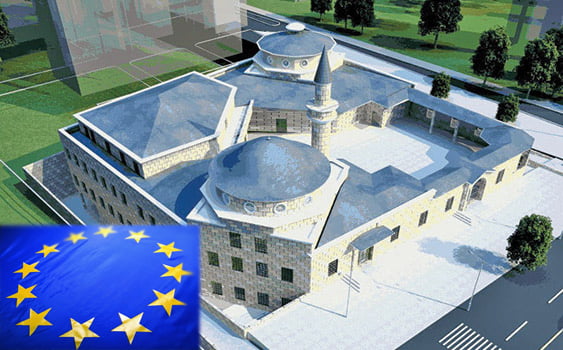 The European Union, which has been closely following the rights of Alevis in Turkey for years, has lent its support to a mosque-cemevi project to be built in Ankara. The European Commission said it supported dialogue that led to mutual understanding and peaceful coexistence, calling these principles the “hallmark of the EU.”

Peter Stano, the spokesperson for European Commissioner for Enlargement and European Neighborhood Policy Stefan Füle, underlined that it was up to religious communities to decide how to build their places of worship. “The European Commission supports dialogue between all religious communities leading to mutual understanding and peaceful coexistence, this being the hallmark of the EU.”

“It is for religious communities to decide what, where and how to build,” he said.

Drawing attention to the exclusion of cemevis from Turkish state funds, Stano said the commission had made it clear on various occasions before that cemevis should be recognized as places of worship and benefit from provisions of relevant legislations.

The EU Commission has shown keen interest in the rights of Alevis and non-Muslim groups in its yearly Turkey progress reports published every autumn. In its last report published in October last year, though the commission had welcomed an official apology by Prime Minister Recep Tayyip Erdoğan for the Dersim Massacre of 1937, it strongly criticized the lack of improvement regarding the rights of Alevis.

“Concrete follow-up of the opening made in 2009 to the Alevis is lacking. Cem houses were not officially recognised and Alevis experienced difficulties in establishing new places of worship. Alevis were concerned by the marking of many houses of Alevi citizens in a number of provinces and by incidents against them. Complaints were submitted to the prosecutors’ offices by Alevi associations; judicial and administrative investigations are continuing. A demand to open a cem house in the parliament was rejected on the grounds that Alevi MPs could go to the mosque. Several commemoration ceremonies by Alevis were prevented by police, some through the use of force as was a demonstration against the closure of the Madimak court case. Some Alevis encountered job discrimination in the civil service,” the report said.

The project to be built in the Mamak district of Ankara envisages a mosque and a cemevi built together in a bid to end the enmity between the two sects of Islam.