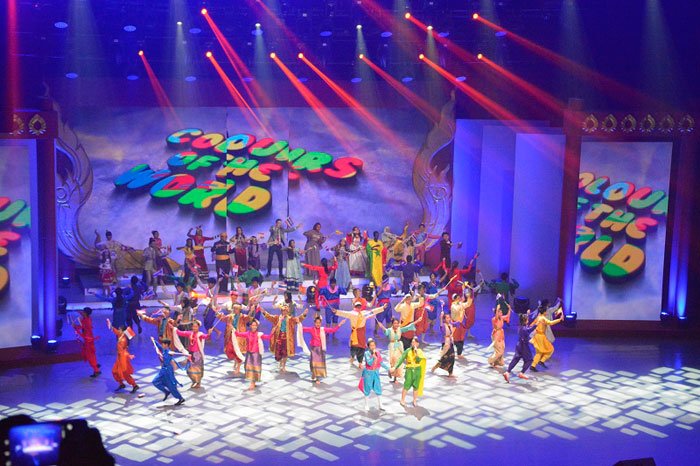 In Santo Domingo, Dominican Republic, there are institutions linked to “Hizmet” or “volunteer movement” better known as “Gulen Movement”, by the name of the person who inspired it, Fethullah Gulen, Turkey. It is an educational, intercultural and interfaith movement, transnational, with a presence in almost every country in the world.

These institutions in the Dominican Republic, are the “Horizon Foundation” and “Galaxy International School,” which unofficially represent Turkey. Mr. Tayfun Tuna that is at the forefront of these institutions, invited us to participate in one of the most significant activities in which institutions related to Gulen Movement are involved. I mean the “International Festival of Language & Culture” which began performing in 2003 with the purpose of bringing children around the world through poetry, folklore, song and dance, organizing a festival on behalf solidarity and cooperation.

In the beginning, the festival took place in Turkish local audiences, nationally, but quickly the great reception among the population and the resounding success in the country, resulted in global expansion.

The International Language and Culture Festival is a pioneer in the exaltation of cultural and linguistic exchange as an engine for creating cross-border ties of friendship.

Tolerance, respect, understanding and friendship are the values ​​pursued through this Festival, and its promotion and acquisition from an early age, using music, dance and poetry as channels to convey this message. This year, just produced the 14th edition of the festival entitled “Beautiful Colors of the World”, in Washington DC USA, on Thursday, April 28, at 630pm in the majestic Hall of the Constitution. In that we had the honor to participate and intoxicates observing both the rich cultural diversity of our world, as the extraordinary talent of young students from 26 countries who displayed their culture through poetry traditions, singing and dancing in a expression of friendship and hope for the future.

On Friday April 29, we participate in a version of the Festival, a little more solemn and formal, in the lounge (ECOSOC) Economic and Social Council of the United Nations (UN) in New York, where the message was reiterated by the same young players.

In addition to the same “Gulen Movement”, we could identify as organizers of these events to institutions such as the “Peace Islands Institute”, which has offices in the famous Fifth Avenue in New York.

An institution, also linked to the “Gulen Movement” which was our hostess, coordinator of the agenda exhausted in Washington, New York and New Jersey, was the “Nilufer Jamaica Foundation”, based in Kingston, whose Director, Eyup Ensar Ozturk, as all who have Dr. Fethullah Gulen, as a guide, is characterized by service to others.

We hope this message will continue to multiply on the planet and that we achieve world peace in diversity.Education and opportunity for cultural exchanges with young people is an excellent way, because I congratulate the organizers and promoters.

The original in Spanish: Listin Diario, 2 May 2016, Monday