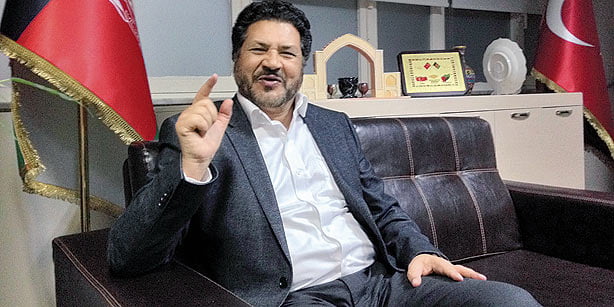 During a recent visit to İstanbul, Afghan Education Minister Ghulam Farooq Wardak said on Friday that he would like Turkey to increase the number of Turkish-Afghan schools in Afghanistan, opening a school in each province as an educational role model.

Talking to Today’s Zaman, Minister Wardak praised the existing 17 Turkish schools in his country and invited Turkish entrepreneurs to open “at least one Turkish-Afghan school in all 34 provinces of Afghanistan.” The minister said that other public and private schools in Afghanistan “will be influenced by the discipline and the way children are trained,” adding that this scheme will benefit not only the schools that the entrepreneurs would directly manage, but also all 17,000 schools across Afghanistan.

Minister Wardak emphasized the contribution which schools established by Turkish entrepreneurs have made to peace and social cohesion in Afghanistan, saying that the schools are “a great benefit to unity, brotherhood and tolerance,” with students from diverse ethnic backgrounds jointly pursuing the “sacred commitment” to education. “Turkish-Afghan schools are playing a vital role in bringing people together to live in happiness and prosperity,” Wardak declared.

Underlining the importance of education for Afghanistan, Wardak said that education prevents people from being exploited by terrorist groups. “None of the people who are trained as suicide bombers are educated or even literate,” Wardak said, noting that it is very easy to control uneducated young people.

Given the particularly low levels of female education in Afghanistan, Minister Wardak was keen to stress improvements in the last decade. Ten years ago, Afghanistan inherited a disabled and dysfunctional education system, in which 1 million boys received a poor quality education and girls were systematically excluded. “Students were taught by 20,000 teachers, all of whom were male, and of the country’s 3,400 schools, virtually none had a proper school building or learning environment,” Wardak said.

Wardak quoted figured to show the scale of recent improvements, declaring that Afghanistan now has 10.5 million students, 42 percent of whom are girls. In addition, there are now 200,000 teachers, of whom 34 percent are women. Almost half of the 16,600 school buildings are in proper condition.

‘I am grateful to Turkish schools for providing education to girls’

Wardak said that female education is a determining factor in preventing premature marriages. Once girls are educated, Wardak said, they become less dependent on others and more able to contribute to social well-being.

The achievements of the Turkish schools in Afghanistan are not limited to girls’ education. The minister reported that 390 students in Turkish-Afghan schools received medals in science olympiads. “This proves the schools’ quality,” he said, and that he was “under pressure from the Afghan elite, including members of parliament, ministers and governors, to enroll their children into the schools.” The schools give children a holistic education which emphasizes “human values” such as respect for elders, teachers, country, humanity and God.

Talking about the destructive impact of the Taliban on the Afghan education system, Wardak said that in 2004 the Taliban retook control of parts of Afghanistan which resulted in increased attacks on schools until 2008. However, since good channels of communication were established with local people — including those who were behind the attacks — the government has been able to establish “shuras,” or councils, to protect the schools.

For Wardak, the biggest achievement for Afghan education has been encouraging people to adopt the new system. “When the people of Afghanistan have control of the education system in their own hands, then no matter what happens at the highest political level, whether it is a change in regime, a change of president or minister, the schools will not be harmed because they are safeguarded by the local people,” he concluded.