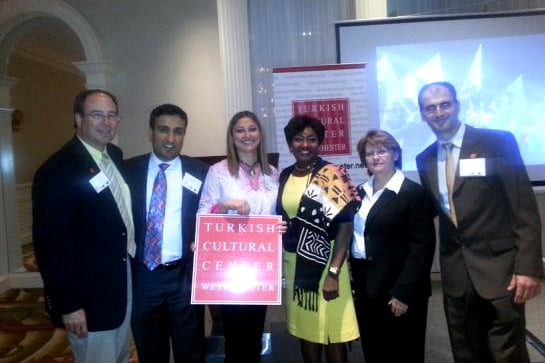 Dignitaries, clergy, and everyday citizens, Jews, Christians and Muslims gathered Thursday night at Tarrytown’s DoubleTree Hotel by the invite of the Turkish Cultural Center for a Ramadan dinner, speeches, and entertainment.

Westchester’s Turkish Cultural Center puts on several public dinners each year to educate the public about and celebrate this unique month of fasting and prayer.

Guests were first greeted by a video explaining Ramadan, including footage from President Barack Obama wishing everyone a blessed month. Then there were several speakers: Dr. Mahjaben Hassan from Phelps spoke of the benefits of fasting – both physiological and spiritual – while Dr. Andrew Skotnicki, chairman of Religious Studies at Manhattan College, spoke of Islam from a Christian perspective.

Hassan said fasting one month out of the year, “teaches me I have more inner strength than I realized.” She noted she was here now, mid-month of fasting, speaking at the podium without so much as a drop of water all day.

Skotnicki said that what is most desirable in life, most valuable, is necessarily most costly and requires such sacrifice. Saying ‘no’ to some things opens one up to saying “’yes’ to what is important.”

After prayers both sung and spoken, it was onto fast-breaking for many with a fabulous buffet dinner, catered by Rye’s organic Andy’s Pure Foods, run by a Turk. The food was fresh and healthy (more healthy than Turkish” noted my tablemate Mustafah. He said when breaking fast you think you want to eat more than you can, and you get full quickly.

Then, there was the four-piece Sufi music with the riveting performance of the whirling dervish, who literally twirls until you think he must be ready to drop from dizziness…but he never does. Only once did his foot stray from the small circle dance floor he was allotted to spin on and on in his white robe, skirt flaring, in this miraculous act of mind over body.

Assemblyman Tom Abinanti admired the feat, amazed he hadn’t fallen. State Senator Andrea Stewart-Cousins, seated at his table, praised the far-reaching outreach and inclusivity of this group and the peacefulness of their mission. 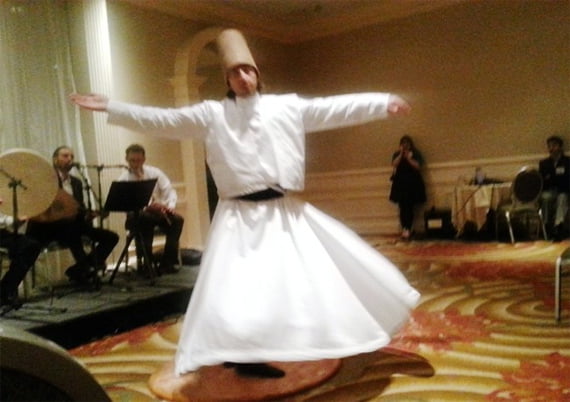