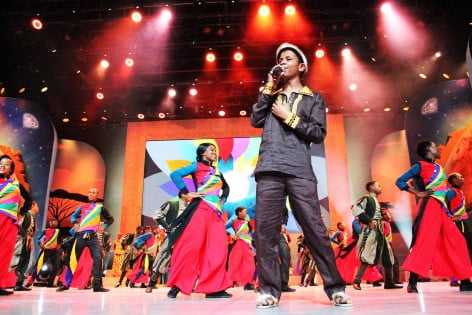 The Festival is the largest and most prominent global project for promoting world languages and cultures. The globally acclaimed International Festival of Language and Culture (IFLC) is dedicated to cultivating and educating the youth, creating a platform to share their cultural heritage with their peers around the world. The Festival showcases exceptional song and dance performances by students of diverse nationalities.

The 14th International Festival of Language and Culture, SA (IFLCSA) will be held on April 21, 2016, at the Nelson Mandela Theatre (Joburg Theatre) in Braamfontein Johannesburg.

The ground breaking ceremony of a new 150-bed capacity high school dormitory for Ethiopian-Turkish schools’ Alem Gena campus was held in Ethiopia. In addition to Turkish businessmen residents of Ethiopia, Turkish Ambassador to Addis Ababa Kenan Ipek was in attendance at the ceremony. Ipek said “What distinguishes us from other nations is that we do […]