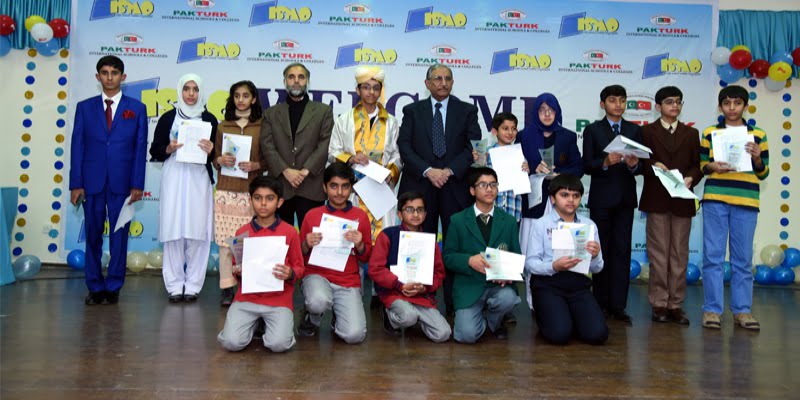 The prize distribution ceremony of the 12th edition of Pakistan’s largest mathematics Olympiad ISMO was held on Tuesday at an auditorium of the PakTurk International Schools & Colleges Boys Branch, Chak Shehzad, Islamabad.

Renowned Scientist and Educationist Dr Samar Mubarakmand was the chief guest and distributed the certificates, plaques, and cash prizes among the top position holders.

Addressing the ceremony, Mubarakmand said that PakTurk International Schools and Colleges have been striving hard to provide quality education to the Pakistani youth since 1995.

In order to inculcate interest among students, PakTurk International Schools and Colleges have been arranging inter-schools mathematics Olympiads (ISMO) for the last 12 years. Educationists were of the view that there are not enough chances for students to exhibit their talent to the world.

“There is an immense need of such programs for our brilliant youth. This unique competition provides a great chance for the students of class 5, 6, 7, and 8 to express their incredible potential and win handsome prizes,” one educationist said.

The competition was open for the students of both public and private schools. The chief guest and other distinguished guests appreciated the selfless educational services of PakTurk International Schools and Colleges.

The event was held in 22 centres located in 14 cities of Pakistan, simultaneously.