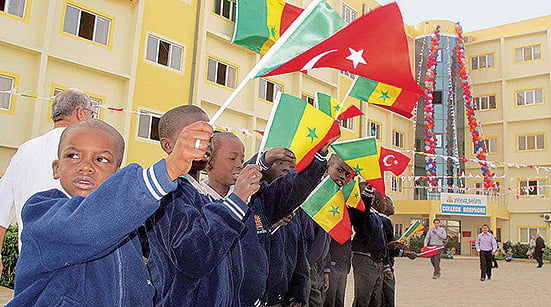 The deputies were welcomed by the principal and other officials from the Yavuz Selim Education Institution. They visited the school building and watch a presentation about the school at the 3D cinema hall. After visiting computer laboratory, they said they were impressed by technological possibilities at the school.

A diner was held in honor of the deputies at the school. Speaking during the meal, one of the deputies said Turkish school is one of the three most successful schools in the country where students receive education and learn morality at the same time. “The schools taught us fraternity and charity with the charity activities apart from education. Turkish schools in our country enabled us to from a bridge of communion with Turkey,” he said.

Established by Turkish entrepreneurs affiliated with Hizmet Movement in 1997, Yavuz Selim Education Institutions provide education for more than 2,500 students in the country.