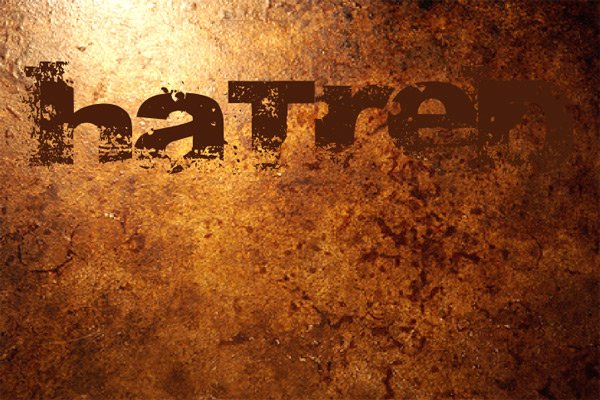 Every now and then, we are subjected to a purportedly investigative report by a ‘respected’ (pun intended) journalist about famed Turkish Scholar, Fethullah Gulen and the movement he inspired: The Hizmet (service) Movement.

On reading the said article or report, we realize it is the same innuendos, fabrications and the macabre claims of stealth infiltration in the state bodies of someone’s own motherland and the supposed takeover of the state. Along the same lines, some facts are given in order to make the article look credible. Theirs is mixing good and evil with evil being their real intention.

For example, Dan Bilefsky and Şebnem Arsu’s recent article in the International Herald Tribune (“Shadow Force Grows in Turkey,” published on April 18) about Gulen and the Hizmet Movement (aka Gulen movement) is a classic example of shoddy journalism that’s judgmental and less factual. It is a comically weak article, full of highly questionable characterizations and buttressed by anonymous quotations that don’t actually demonstrate what they’re supposed to be.

Everything aside, I want to comment on this bizarre but repeated claim that Gulen and his followers are hell-bent on infiltrating the state and taking over it with the supposed aim of establishing of a (I) conservative and a (II) shari’a based Islamic state in Turkey. There are two elements here: one represents Sebnem Arsu and other Dan Bilefsky. The third element which is always found in articles like these are those written by elements that hate Erdogan and his government and want to pick a bone with the Hizmet movement for their support of the Erdogan government. This can either be internal elements or some people who are driven by geo-political security issues.

In this case, Arsu, (probably) a ‘white’ Turk is driven by disdain. The disdain for ‘black’ Turks, the Anatolian hinterland folks who flooded in the last two decades Istanbul and Ankara’s posh areas with their ‘filthy’ and long clothes, bearded faces and headscarves. These folks who form the majority of the Gulen followers decline to drink, fast during Ramadan, wear headscarves, remain communal, hold Islam in high regard but are very tolerant of others and many are conservative in mannerism. But in the last two decades, they have made it big in every sphere you can think of. That’s scary for some people.  For them, these peasants have infiltrated the state which was the exclusive domain of some hardline secular mandarins.

These ‘infiltrators’ were the people who were banned from walking on certain streets in Istanbul and Ankara during the early days of the Republic for they could dirtify it. These are the people the regime labeled “internal enemies of the Republic” and waged a perpetual, crippling war against them. These are the people whose daughters were denied university education because they wore ‘un-modern’ clothes. It is worthy to note that Mr. Recep Tayyip Erdogan, undoubtedly Turkey’s most powerful politician after Ataturk was even forced to send his daughters to the US after the regime guardians denied his daughters to join the public universities because they wore headscarves and therefore were ‘infiltrators’.

His wife once tried to visit a friend admitted at a military hospital and she was turned away because as a head scarf wearing woman, she was an infiltrator. That was the way of protecting secularism in Turkey. President Gul’s daughter lived with the indignity of putting on a wig over her headscarf every morning in order to get university education. As they defend the gruesome guardians of a past but suffocating Turkey like Ahmed Sik, neither Dan nor Arsu decries the bizarre and the inhumane treatment meted on the overwhelming majority of Turks in the name of secularism.

For Dan Bilefsky, probably his concern is Islam. As much as he engages in sophistry, you can taste Islamophobia in his article. The language he uses is the smart one used by Islamophobes. Don’t show any enmity to Islam, but show purported concern, legitimate concern of others, particularly fellow Muslims about Islam itself or those who choose to live by it. He depicts a scary picture, the language used is potent. The shadowy nature depicted is terrifying. The secretive nature-call it takiyya is real. The West must be wary of Gulen and his followers. The world must defend the civilized and the secular people in Turkey who are being brutalized by the “Islamic” forces who want to establish shari’ah based state.

It is interesting how the illiberal elements of yesterday are depicted as the perpetual sufferers of today as the defend an ideal; the secular ideal, while nothing is said about Turkey’s bizarre understanding of secularism, brutality against observant Muslims in their own country, against the Kurds and the minorities who were subjected to unspeakable crimes.

Gulen inspired schools that serve millions across the globe are depicted in a conspiratorial tone and portrayed as a grand scheme of global stealth Jihad and infiltration but with no evidence. One wonders if  this is journalism or hatchet man’s work! If Turkey wants to turn a page on an ugly history that involved coups, assassinations, executions, imprisonment, inhuman treatment and the worst of all, a bizarre mentality that gave some people the exclusive duty to run Turkey as a fiefdom without any accountability and do to the Turkish citizens as wished, and the Gulen movement supports turning that page forever, then they are right in supporting the new development for they have been the primary victims of the coups and military guardianship.

No one denies that Gulen followers have had or do have a role in Turkey just like other citizens or grouping in Turkey. And in this regard, some may have wronged others, others may have been less open about any mistaken role or engagement, others may have given unlimited support to Erdogan’s ruling Ak Parti and others may seem to have over-zealously supported the purge against the gruesome Maoists in the Military who opposed liberalism, market economy, personal freedom, engaged in coups and executions and perverted the constitution and the rule of law. While criticism in light of these issues or positions may be legitimate or credible, engaging in innuendos and sweeping condemnation, and using a McCarthyrite witch hunt tells more about those who do it than Gulen and his followers.

Gulen has inspired millions of people to do good. The evidence is there. The schools that were established by his followers have assisted millions of poor people across the globe to make a leap into the brighter side of life and have been beacons of hope and multiculturalism. The media that his followers established helped in opening up Turkey and making it a force to reckon with in the region. But more importantly, this media has assisted in the democratic process that Turkey desperately needed and Turkey deserves no less freedom and democracy than any other nation that enjoys full freedom and democracy. This media has been the greatest supporter of freedom for all including the non-Muslim minorities and the Kurds.

Neither Gulen nor his followers are angels who are not burdened with human pitfalls, desires or failures. But every critical article that I have read about Gulen and his followers has centered on the ludicrous and ironic claim that they are infiltrating the state. This can only be said by those who still subscribe to the military’s “internal enemies” policy which designated observant Muslims, Kurds and minorities as enemies who must be prevented from integrating and kept at the gates. Today, observant Muslims have less fear. The Kurds can openly speak their language and name their kids in Kurdish. The minorities continue to get back their foundations that were appropriated by the secularists and the juntas. That’s something worth celebrating not decrying; unless we are held captive by the disdain some were brought up with or the benign Islamophobia that’s evident in many articles critical of Gulen and his followers.

NB: The writer can be reached at [email protected]