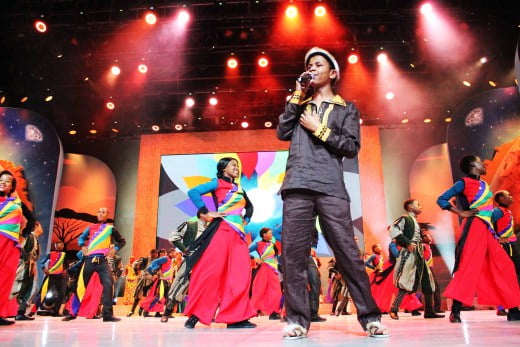 South Africa set to host the globally acclaimed International Festival of Language and Culture in April 2016.

A world without language and culture as a cornerstone of life, has no blueprint for the future.

The Festival is the largest and most prominent global project for promoting world languages and cultures. The globally acclaimed International Festival of Language and Culture (IFLC) is dedicated to cultivating and educating the youth, creating a platform to share their cultural heritage with their peers around the world. The Festival showcases exceptional song and dance performances by students of diverse nationalities.

The 14th International Festival of Language and Culture, SA (IFLCSA) will be held onApril 21, 2016, at the Nelson Mandela Theatre ( Joburg Theatre) in  Braamfontein Johannesburg.

Experience the magic and the colours of the world : Introductory video

Zouhir Mohammed Kadour, the Director of the Mohammed Al-Fatih School, said, “We are shocked by the announcement of the Interior Ministry […] We’ve worked for the Al-Fatih School Group for 22 years. We followed the Moroccan curriculum, the Moroccan Ministry of Education program, and the school staff is Moroccan.”