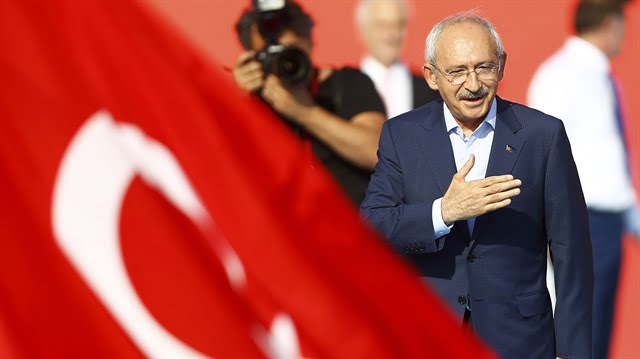 The head of the Republican People’s Party (CHP), Kemal Kilicdaroglu, made the remarks on Monday, during a breakfast meeting with the editors of several Turkish television stations, adding that up to 180 people within the government of President Recep Tayyip Erdogan had been employing an encrypted messaging application, called ByLock, for plotting the coup, and that the country’s secret service had a list of these people.

“These ByLock users should be revealed. If this list is going to be kept secret, then it indicates that July 15 was a controlled coup. [Meaning that] they (the authorities) had information about the coup in advance,” Kilicdaroglu further said, adding that the testimonies given by the arrested members of the outlawed movement led by the US-based cleric Fethullah Gulen “also strengthen the view that it was a controlled coup.”

The coup began when a faction of the Turkish military declared that it had seized control of the country and the government of President Erdogan was no more in charge. The attempt was, however, suppressed a few hours later.

Following the failed coup, Ankara launched a heavy-handed crackdown on those deemed to have played a role in the attempt, which was blamed on the Gulen movement. The Pennsylvania-based cleric has, however, categorically denied the allegation.

[This is an excerpt, click below link to read full story; its original title has been replaced with a statement from the story]