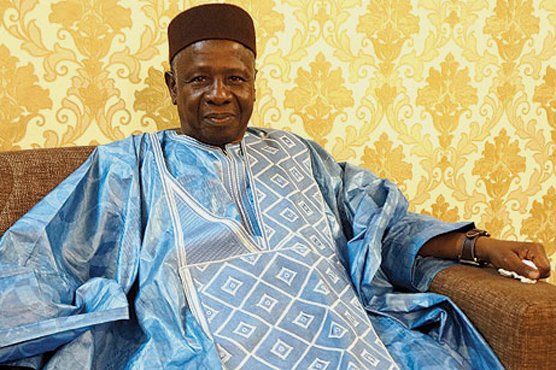 Mali’s Minister of Higher Education and Research Messaoud Ould Mohamed Lahbib has said that the sacrifice being made by teachers who work at Turkish schools in his country is worthy of high praise, adding that he believes no other nation would be willing to make such a great contribution to Mali.

Mali is one of the poorest countries in Africa, but Turkish civil society and humane associations are active in this West African nation. During Ramadan, the Kimse Yok Mu nonprofit is providing 2,500 families with nightly iftars (fast-breaking dinners). Nearly 2,000 other families have been supplied with packages of food and other necessities. But most importantly, Turkish entrepreneurs and volunteers have opened four kindergartens, four primary schools, five secondary schools, three high schools, one reading hall, one cultural center and two dormitories — all of prime importance to the country — according to Lahbib.

“This aid shows the solidarity between two Muslim nations,” he said.

Lahbib admitted that his country is going through difficult times, with food shortages all across the land, including in the capital of Bamako. “We want more help from the people of Muslim Turkey. We trust your feelings of solidarity,” he said.

He mentioned that the Hizmet movement, which drives the philosophy behind Turkish schools in the country, does not work like a corporate organization. “This is why I am sure that God will give, and is giving, rewards to Turks,” he said.

The minister mentioned that he especially wanted to thank the Turkish teachers in Mali. “I would like to express my gratitude to all the teachers who left their motherland to came here. This is a huge sacrifice. But it is also a fact that it wouldn’t be possible to expect such a sacrifice from another nation. You are doing what is worthy of you,” he said, directing his message at those teachers who have come to Mali to help educate youth there.

Minister Lahbib expressed his belief that Turkish schools all around the world are liked by the people in their host countries because they raise students to become contributing members of society. Lahbib stated, “[Education] is based on a human-centered philosophy, which is another reason why these schools are effective. The College Horizon school was really small when it started out, now it is building a major complex. This shows that good work always yields fruit.”

Currently, there are four state universities in Mali. Lahbib indicated that he would like Turkish entrepreneurs to open a private university in his country. He said: “I really would like Turkish educators to start a university here. Unfortunately, currently we don’t have the level of education being taught at College Horizon at other schools. This is why we have to bring this quality to the university level as well. I hope there will be more of such an investment.”

Lahbib also praised Fethullah Gülen, a religious scholar who inspired the Hizmet movement. The Malian minister said he has read some books written by Gülen and noted that his book “Questions This Modern Age Puts to Islam” particularly captivated him. He said he found Gülen to be a very wise man.

The minister said he has been to Turkey once, to attend a meeting of the Abant Platform, a Hizmet affiliated thought conference that gathers periodically to discuss different topics with experts, writers and intellectuals. “I have never experienced the warmth I was treated with in Turkey anywhere else. Turks always have said they are colorblind, and I saw this to be true,” he said. During a visit to Gediz University, he says he met a Kazakh student, who told him that he was very happy in Turkey and didn’t want to go back to Kazakhstan.

“I will not send my child to Turkey. What if he also doesn’t want to come back?” the minister said jokingly.

Since Turkey kicked off a strategic initiative to improve its commercial relations with Africa in 2003, this extra attention has resulted in an increased trade volume with the continent. Beninese President Thomas Yayi Boni said Africa also sees Turkey from a strategic perspective, noting that Turkey is one of Benin’s high-priority partners.