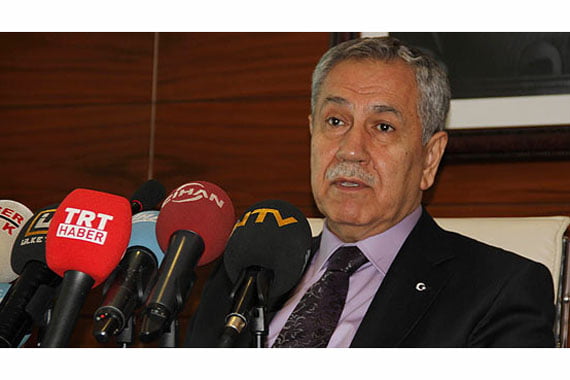 Turkish Deputy Prime Minister Bülent Arınç has described the offer of Turkish Islamic scholar Fethullah Gülen to hand over prep school management to the state an example of “sacrifice” and promised that the issue of prep schools will be resolved in a way that pleases everyone.

Arınç told reporters on Wednesday before embarking on a trip to New York that Gülen is not at odds with the government and that his claim that the prep schools are beneficial for improving education in Turkey “might be correct reasoning.”

The deputy prime minister also said Gülen offered to hand over the management of prep schools to the state and described the offer as an example of “sacrifice.” “One needs to appreciate the one who says this. In return for such a sacrifice, what we are supposed to do as a government is think rationally,” Arınç said without elaborating.

The government announced it is working on legislation to shut down all existing prep schools, arguing that they operate as a second education system. Opponents of the plan have noted that the prep schools are a consequence of the many inadequacies of Turkey’s schools and education system, and said that by offering tutoring at affordable prices, prep schools help low-income students enter university.

Following a lengthy Cabinet meeting on Monday, Arınç said that the government decided to reconsider the fate of prep schools and will discuss the issue and all its dimensions once more.

He noted that the government also has to think about the fate of students and teachers studying and working in prep schools, promising that the decision government will make “won’t hurt anyone.” He said there are efforts being made to highlight the issue of prep schools but that there is no benefit in others exaggerating the issue.

The deputy prime minister also referenced a quote from Gülen that the Islamic scholar wrote in a letter to Turkish President Abdullah Gül — though Arınç didn’t openly mention whether or not Gülen sent him a letter as well.

Osman Şimşek, editor of herkul.org, a website that typically publishes Gülen’s speeches, said on his Twitter account on Tuesday that Gülen wrote a letter to Gül and other state dignitaries urging them to prevent the closure of prep schools.

Şimşek referenced Gülen’s letter to Gül in a bid to dismiss a report published by pro-government daily Yeni Akit, in which it blamed Gülen for granting the keys of his schools to a general involved with the Feb. 28 postmodern coup yet expressing anger at Turkish Prime Minister Recep Tayyip Erdoğan. The report was referring to a letter written by Gülen to Çevik Bir — the second highest-ranking general in the army at the time of the Feb. 28, 1997 coup — assuring him that the schools are not the focal point of “illegal activities” and that the general could, at any time, visit and inspect the schools.

The website editor said Yeni Akit’s report was a “great injustice” and that Gülen’s remarks were made at a time when pressure on members of the Hizmet movement were tremendous. He said Gülen’s words had been “reflected in a false way” by the report.

“These facilities are the product of the nation; let them serve the nation. But they should not be shut down; they should not be wasted for nothing,” Gülen said in the letter, according to Şimşek’s tweets. Gülen wrote that it doesn’t matter who manages these institutions as long as they remain so that they may provide services to people.

“God knows that we don’t have an ambition to manage [these prep schools]; our desire is that these services don’t become the causalities of a disagreement,” Gülen reportedly said.

Şimşek also underlined that other remarks made by Gülen — who cited how beautifully and elegantly Moses entreated the pharaoh Ramses to let his people leave Egypt — were deliberately misquoted as well. Gülen provided the example to show how the members of the Hizmet movement should behave when expressing demands.