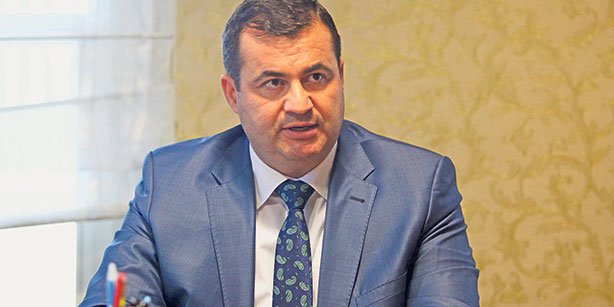 Turkish scholar Gülen and the worldwide network of volunteers inspired by his teachings known as the Gülen movement are known for their efforts to promote tolerance, peace and interfaith dialogue. The İstanbul-based GYV is also a part of the Gülen movement, which has faced a government-led witch hunt since two sweeping graft probes went public at the end of 2013.

The GYV is the only Turkish nongovernmental journalism organization that enjoys general consultative status with the United Nations Economic and Social Council (ECOSOC) and serves as a respected interlocutor on behalf of Muslims around the world.

Underlining the GYV’s role in promoting peace and tolerance in the world, Hurmalı said: “There are thousands of people who have set out to build peace. Because one needs to address everybody when the issue is peace, they also look for Muslim representatives to talk to.” Hurmalı also said that by being part of UN activities, the GYV takes on the responsibility of representing Islam, telling the daily, “Each manifesto prepared [with the cooperation of the GYV] serves in a sense to reach the right sources about Muslims rather than prejudices about them.”

Following two corruption investigations implicating senior government figures that came to light in December 2013, the ruling Justice and Development Party (AK Party) and President Recep Tayyip Erdoğan have tried to dismiss charges of corruption, describing the probes as a coup plot against the government. Erdoğan launched a smear campaign against the movement, accusing it of being behind the probes without offering any evidence.

In a UN peace conference organized by the GYV in Geneva last year, those present emphasized that global challenges against peace should not lead to apathy and reiterated the need for commitment against all kinds of extremism. The GYV’s aim at the conference, at which issues relating to media, religious freedoms and education were discussed, was to provide a remedy to a global problem, the GYV vice president said.

In a message sent to the conference, which was organized with the cooperation of the Switzerland-based Dialog Institut and the University of Geneva, Gülen emphasized the importance of investing in human capital, saying that “building peace means building peace-loving men.”

One of the areas in which the GYV is most active as part of its UN activities is the problems faced by women. Noting that the GYV follows the example of the importance Gülen attaches to providing education for girls, Hurmalı told Zaman: “Our foundation has the mission of building a discourse focusing on empowering women, the education of girls and reducing violence against women. We believe that people would not be impressed by what we do even if we held meetings every day on the issue unless we do as we preach.”

The GYV is also active in issues related to development. Representatives of more than 60 countries attended a panel discussion on Sept. 30 organized by the GYV at the UN headquarters in New York.

The panel was titled “Development Agenda: Contributions of Private Sector and Civil Society” and sponsored by the Peace Islands Institute (PII) and the African Union.

(This story was written during the darkest days of the so-called Feb. 28 process and was published in the Zaman daily on Dec. 21, 1999. Today the whole world is focused on Nelson Mandela who has been in hospital for the last few days. I think it is time to rethink the message given by […]