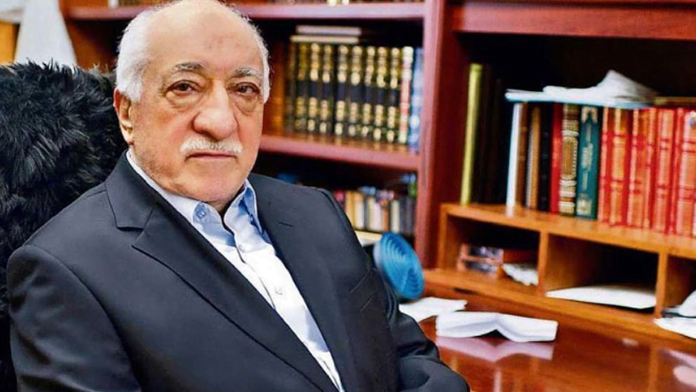 The 79-year-old Muslim cleric accused of trying to topple the Turkish government in July 2016 talked to South African journalists at his compound in the US.

Fetullah Gulen didn’t look much like a terrorist, but then again there’s no template for what a terrorist looks like. He looked old, tired and sick when a group of South African journalists met him at his leafy Chestnut Retreat Centre near the village of Saylorsburg (official population 1,126) in Pennsylvania last week.

Gulen turns 80 in November and is suffering from high blood pressure and diabetes. So the journalists nearly didn’t meet him. They waited about eight hours until his doctor said he was ready to see them, in a meeting room near his modest bedroom in the main building of the centre.

Unshaven, and dressed in the traditional garb of the Islamic cleric that he also is, he spoke in Turkish in a low, flat voice, translated by one of his acolytes. He explained, among other things, why he thought Turkey’s President Recep Tayyip Erdogan has branded him in effect as public enemy number one and wants to extradite him back home to face justice.

If Hizmet is such an innocuous, spontaneous movement, preaching only peace and harmony, why did Erdogan turn against it and accuse it of plotting the failed coup?

Gulen claimed that it was because he had refused Erdogan’s appeal to use the domestic and international Hizmet network as a propaganda tool to present himself as leader of Islam, at home and abroad. “But Hizmet rejected him and so Erdogan was angry,” Gulen said.

If you believe Erdogan, it was from this rather bucolic compound, surrounded by forest, where he has lived since 1999, that Gulen launched the coup attempt by his followers which nearly toppled the government on the night of 15 July 2016. The coup claimed over 300 lives but eventually failed when loyalist troops and the public intervened.

Since then Erdogan has rounded up thousands of “Gulenists” from all walks of life – including soldiers, judges, prosecutors, civil servants, lawyers, academics and journalists. Many remain in jail. Many more have fled, some leaving families who are denied passports to come to join them. The visiting South African journalists met several of these exiles, including top journalists and lawyers now working in the US as Uber drivers or wedding photographers.

Erdogan acknowledged, straight after the aborted coup, that it had been a “Gift from God,” because it had revealed Gulen’s supposedly evil hand, and enabled Erdogan to act against his followers.

The US remains unconvinced by Erdogan’s accusations that Gulen is the mastermind of a “Gulenist Terror Organisation (GTO)” as Ankara calls it, which plotted the coup and so Washington has so far refused to extradite him. It has also accused Erdogan of using the attempted coup as an excuse to suppress genuine political dissent. Gulen, therefore, is a major source of tensions between the two Nato member states and Turkey arrested an American Christian pastor in 2016 whom it has offered to swop for Gulen.

What remains common cause is that the followers of Gulen are legion and indeed did occupy senior – but also junior – positions throughout strategic segments of the Turkish government and society before the purge.

To Erdogan that was proof that Gulen had systematically infiltrated key structures of society to undermine his government. Gulen denied this, insisting that the Hizmet movement (as his followers prefer to call it, rather than “Gulenist”) had grown quite organically and spontaneously, without his guidance.

“I really don’t know 0,1% of the people in this movement,” he insisted. “I haven’t done much. I have just spoken out on what I believe,” he said. This included speaking against disunity, poverty and ignorance. “Because it (his ideas) made sense, people grasped it themselves.

“I opened one school to see if people liked it. So they created more schools.”

The schools became the vehicles for educating people about his ideas – inspired by the moderate Sufi school of Muslim thought – and overcoming the ignorance which bothered him.

“So the movement grew right from there. It went everywhere. They (his followers) went to places they didn’t even know on the map. But they went themselves. I didn’t do it.”

Gulen insisted the aim of the Hizmet movement was not to aggrandise itself nor to amass worldly goods but to pass on its philosophy to local people and let them take over the schools themselves.

His followers spread across the world, establishing not only schools, but also other institutions like inter-faith centres to pursue his goal of reconciling the various religions of the world, in many countries.

In South Africa Hizmet has established nine schools, as well as the Turquoise Harmony Institute, an inter-faith centre. The Midrand mosque, a prominent landmark, was erected by one of Gulen’s most loyal followers, also a good friend.

But if Hizmet is such an innocuous, spontaneous movement, preaching only peace and harmony, why did Erdogan turn against it and accuse it of plotting the failed coup?

Gulen claimed first that Erdogan feared he and the Hizmet movement would expose secret meetings Erdogan had had with then military chief of staff General Yasar Buyukanit around 2006 to 2008 to plot to get rid of Gulen whom he regarded as a threat. Second, Gulen said, it was because he had refused Erdogan’s appeal to use the domestic and international Hizmet network as a propaganda tool to present himself as leader of Islam, at home and abroad.

“But Hizmet rejected him and so Erdogan was angry,” Gulen said. “He was also jealous that even with all of the state power behind him, he could not do what Hizmet had done.”

After Hizmet had turned him down, Erdogan had created his own cultural organisation, Yunus Emra, which tried to emulate Hizmet by opening schools and cultural centres around the world. But it largely failed- “so he wanted Hizmet to be wiped out so he could do it himself”.

Erdogan has also been said to have blamed Gulenist judges and prosecutors for launching the major series of corruption cases against his close associates in 2013. But Gulen told the South African journalists he didn’t even know the judges involved and the first time he heard their names was when they appeared on TV.

He said he believed the coup attempt of 15 July 2016 was organised by Erdogan himself to flush out his opponents. The coup leaders managed to drag in Kemalists (adherents to the strict secularism of modern Turkey’s founder, Kemal Ataturk), Allawites, atheists, Shi’a Muslims and others.

“Maybe even some less experienced people who drew inspiration from me got dragged into this set-up,” Gulen acknowledged, while firmly denying, as he has from the start, that he had any knowledge of the coup himself.

He and Erdogan were once political allies until they fell out over the corruption case, it is said. However, Gulen said he had met Erdogan only twice in his life. The first was when Erdogan was contemplating the establishment of his (now ruling) AKP political party and came to Gulen for advice. He had advised Erdogan against the formation of the religiously-conservative party because he told him the secularist army would oppose it.

Much later, he had heard that as Erdogan had left the meeting, he had told one of his associates: “We must finish these people (the Gulen people) before we can carry on.”

Sometime later, Erdogan sat next to him at a fund-raising soccer match for Bosnian children but did not speak a word to him.

Gulen, who fled into exile in 1999 after the leaders of a secularist military coup the year before had persecuted him for his religious beliefs, said he missed his homeland every day. However, he would not return voluntarily as that would merely “ease the task of the oppressor. But if America tells me I must leave, I will return to Turkey to die in prison”.

Later he said if an impartial international investigation implicated him in the coup, he would also go back to Turkey to face trial.

However, he thanked South Africans for their support.

Plotting a coup is not the only thing Gulen has been accused of. Bob Amsterdam, an American lawyer hired by the Turkish government to investigate him, has claimed that the Hizmet movement has defrauded American taxpayers of millions of dollars through creating about 175 public charter schools across the US.

In his report, Amsterdam said Hizmet administrators of these schools hired Hizmet teachers and paid them excess salaries. They were then expected to funnel between 15% to 40% of their salaries back to the Hizmet movement as tithes.

The report claimed these Hizmet charter schools also overpaid Hizmet-controlled contractors to provide services to the schools, and these contractors likewise paid kickbacks from those overpayments to the Hizmet organisation.

Gulen denied any responsibility for this alleged tithing system. He said he had heard of a case of it in Texas but was opposed to it. Gulen insisted the aim of the Hizmet movement was not to aggrandise itself nor to amass worldly goods but to pass on its philosophy to local people and let them take over the schools themselves.

And because Hizmet was about ideas rather than worldly goods, it would survive his death, he said. It didn’t need a charismatic leader to flourish. He likened his situation to that of the Prophet Mohammed who on his death was succeeded by a caliph who had built on his good work, including by negotiating with two major powers to expand the territory of Islam.