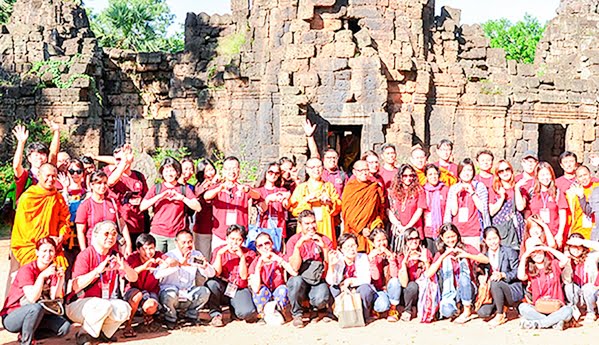 Hamza Kissac, director of the public relations department at MDI, wrote to Khmer Times saying that Mr. Gulen was the source of inspiration when MDI was created and his institute had the responsibility to share Mr. Gulen’s point of view.

“As he is our source of inspiration when we established our Mekong Dialogue Institute, it is our duty to share Mr. Gulen’s opinion that he rejects any links to the failed coup in Turkey last month,” wrote Mr. Kissac.

He added that Mr. Gulen was a well-known intellectual and Islamic preacher who has received many peace awards from the international community. Mr. Gulen has also been acknowledged by Time and Foreign Policy magazines, he said.

In an effort to show that MDI and Mr. Gulen did not have any links to terrorist organizations, Mr. Kissac shared the op-ed written by Mr. Gulen and published in the French newspaper Le Monde last week.

In the article, Mr. Gulen said he condemned the coup and urged the government to set up an international investigation because he thinks the current Turkish court has been politicized by the government, making the current judiciary no longer independent.

“The Turkish judiciary has been politicized and controlled by the government since 2014 and, consequently, the possibility of a fair trial is very small. For this reason, I have advocated several times for the establishment of an international commission to investigate the coup attempt,” wrote Mr. Gulen.

Concerning his Hizmet movement that has been accused by the Turkish government of trying to create a parallel state in the country, Mr. Gulen said the Hizmet movement was a peaceful one with participants opposing injustice and defending their rights by legal means.

“Hizmet movement participants have complied with the law, opposed injustices through legitimate means and only defended their rights within the legal framework…Turkey’s legal and law enforcement agencies have been mobilized for the last three years to investigate and reveal an alleged ‘parallel state’ that they claim I run,” added Mr. Gulen.

He also said the fact that the Turkish government has labeled the Hizmet movement a terrorist organization could cause many institutions created by this movement around the world, such as schools and hospitals, to close their doors.

According to an online source, the Hizmet movement is a liberal Islamic transnational religious and social movement led by Mr. Gulen, who now lives in the US. The movement is labeled a terrorist organization by Turkey’s ruling AKP party.

The movement has attracted supporters in Turkey as well as in Central Asia and other parts of the world. It is active in the field of education, with private schools and universities in more than 180 countries, as well as in the fields of media, finance and health.

In a press conference at the Turkish embassy in Phnom Penh last month, Ilhan Tug, Turkey’s ambassador to Cambodia, claimed the Zaman International School (ZIS) was related to the group that led the failed coup to overthrow the Turkish government.

He asked the Cambodian government to close the school as soon as possible.

In response to the statements made by Mr. Tug, ZIS officials denied any links with terrorist organizations, saying the ambassador’s claims were unfounded and lacked evidence. School officials said they wanted to sue the ambassador for defamation.

Khmer Times could not reach the spokesman of the Ministry of Foreign Affairs for comment.