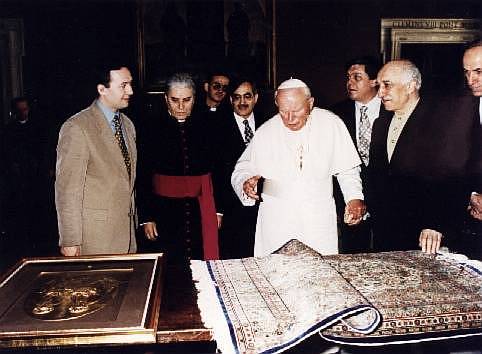 “Since the Enlightenment, reason has reigned supreme as the source of truth which is to be discovered by the human race on the basis of its own intellectual power. Truth coming directly from God as His revelation has been reduced to the level of myth or made a mere matter of personal style, devotion or preference. It is not surprising, therefore, that legitimacy of the truth received through faith repeatedly has been mythologized, minimized and caricatured in diverse ways in the West since the 17th century. Demeaning attacks on faith have varied both in their intensity and their focus. In its most horrendous form, this ethnic and religious rejection was seen in the Holocaust and the persecution of the Jews. Recently it has also been witnessed in the cartoon depiction of the Prophet Muhammed (PBUH). Now the Da Vinci Code purports to be a “factual” and “scholarly” undoing of the person of Jesus (PBUH) by “uncovering” the greatest “lie” of all time. It is interesting, however, that Mr. Brown, the author, while using the literary genre of the novel, claims that deciphering the code relies on the rigorous scientific methodology of the Enlightenment while, in fact, it is based on conjecture and a leap of “faith.” This not only insults all people of faith, but also the rational mind.”

No society can truly move forward if women, who make half of its population, are limited in their freedoms, rights, and opportunities. The way women are treated and the rights given to them are signs of where that society stands in terms of universal human values.