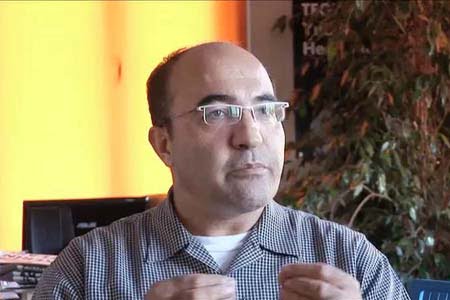 In general terms, the Gulen movement reflects a new understanding of Islam and modernity from within an Islam that is informed by Anatolian modern history and secular progress: This is a civil Islam that has successfully found fresh ways to inspire social activism through piety. It has modernized the humanistic treasures of Islam through innovations in education. Fethullah Gulen is the visionary of this movement. Without him, the future of the movement will depend on how well his vision, as taught, is carried out.

Gulen’s vision has been taught and received so clearly that there is no mistaking the spirit of his teachings. To clarify my earlier comments, I don’t predict but rather explain that when the movement moves on without him, any derailment would be the result of political influences that are foreign to his teachings, and those are always lurking.

My latest book, Toward an Islamic Enlightenment: The Gulen Movement (Oxford University Press, 2013), elaborates on both the substance and the form of Gulen’s teachings, and arrives at its conclusion only after considering what he had learned, and from whom, long before his teachings became a success. The book expands on the pattern of reconciliation in his teachings: between piety and social activism; humility and success; individuality and community; reason and revelation; and modernity and Islam.

As my book shows, one cannot estimate the durability of the Gulen movement without understanding that it grows from the bottom up. Although the movement has many institutions of learning, they are all erected from the grassroots up, and not by design or dictation of any entity that is foreign to a community. In effect, the movement is uniquely positioned to galvanize large Muslim sectors to improve their socioeconomic conditions. In other words, the seeds, which may be likened to Gulen’s teachings, are sowed by the Muslim communities themselves, not by Gulen or some successive leadership, and, therefore, there is reason to expect that the sowing will continue as long as there will be communities that appreciate the fruits.

When the leader dies, the movement also dies, in a manner of speaking, but it is how movements evolve while keeping in motion. This event may shape the next movement, or lead in essence to a movement within a movement. It is not to be ignored, but certainly to be accepted as the nature of things. The evolutionary process of the movement has already begun, as Gulen’s responsibilities have been significantly reduced over the last few years.

As for the political aspects of the movement, the nuanced analysis is that because it is involved in all walks of life, it is impossible for the movement to be apolitical. However, it would be false to claim that the movement has any particular political affiliation or any desire to govern. Gulen’s theological belief is applied into practical realms, from religion to society through the building and strengthening of communities: faith realizes its social potential when it is rooted in active involvement in this world for its sake and the sake of the other-world. This involvement has inspired educational, interreligious, economic and social activities. It is the totality of such activities that offers a picture of the movement, without there being any defined hierarchical structure.

Although there have been in recent years some manifestations of partisan preference (AKP) and authoritarian journalism (Samanyolu TV) due to rising tensions between the civilian government and the military, these do not reflect Gulen’s teachings, and do not define the movement. The political opinions of Gulen’s followers are not an integral part of the movement, and one should not read too much into the political views of individual followers, for it is inevitable in a democracy that a majority of the movement’s followers would support one party or another.

Furthermore, the accusatory tone of one TV station does not take away from the diversity found in the movement’s wide range of media outlets.

It is especially important during these days of deepening Islamophobic suspicions in Europe and the Unites States to clarify that the Gulen movement has no homogenous basis for political power. The Gulen movement is a dynamic socio-religious movement that engages with other cultures and beliefs, while encouraging a life that would meet the highest of standards.

* In keeping with EurasiaNet’s commitment to promoting an “informed discussion of issues,” I would like expand on my statements contained in Justin Vela’s story in EurasiaNet, “Turkey: How Durable is Gülen Movement?” posted on April 11, 2013. (H. Yavuz)

Jurists and politicians reacted harshly to a claim in an email by an anonymous whistleblower from the Telecommunications Directorate (TİB), the agency responsible for carrying out legal wiretaps, that there is a conspiracy to bring the Hizmet movement under suspicion of infiltrating TİB.