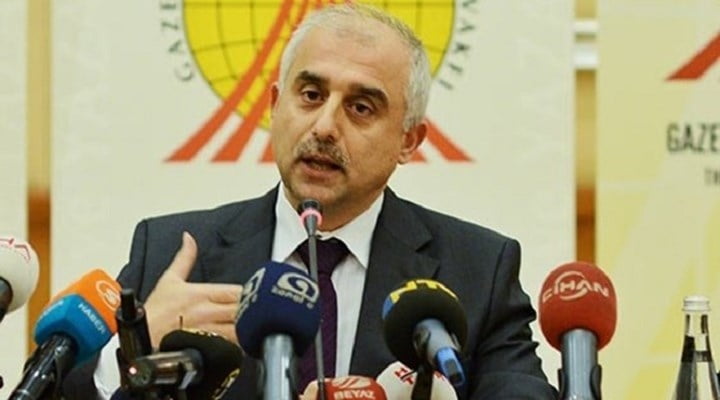 In a statement on Sunday the GYV mentioned the scores of media groups and journalists who have been subjected to politically-motivated investigations including – but not limited to – Hasan Cemal, Ahmet Altan, Cüneyt Özdemir, Gültekin Avcı, Levent Kenez, Aytekin Gezici and Osman Özsoy.

“Recently, people who have no kind of connection with terrorism are being tried to be silenced by showing them as if they are linked to terrorism. The government, which is obviously unsuccessful in its fight with terrorism is trying to silence opponents by making use of the current atmosphere. In this regard, managers of Zaman, Taraf, Cumhuriyet, STV, İpek and Doğan media groups are being openly threatened.”

The statement added that the judiciary and the police force are being exploited to serve a political agenda.” All other freedoms of a society which has lost its freedom of expression are under threat as well. We are sorry to note that every article and TV program which criticizes the government has been risky and being objective and being an opponent require more courage than ever.”

The GYV also called for an unified stance and the continued measures. “Journalists know very well that a society which keeps silent in the face of injustice has no future. In this regard, we announce that we stand against any kind of pressure and injustice and we stand together with those who are oppressed.”

Pressure on journalists in Turkey has manifested in various forms. Some media headquarters such as the Koza İpek Media Group and Zaman daily have been raided by police. In other cases, journalists have had criminal cases filed against under Article 299 of the Turkish Penal Code (TCK) for “insulting the president.” Another method used by the government to ban access to news websites is by accusing them of promoting “terrorist propaganda,” which has led to the websites of outlets such as sendika.org and the Dicle news agency to be blocked. Many journalists, most famously from the Milliyet daily, have also lost their jobs for their coverage and criticism of the government.