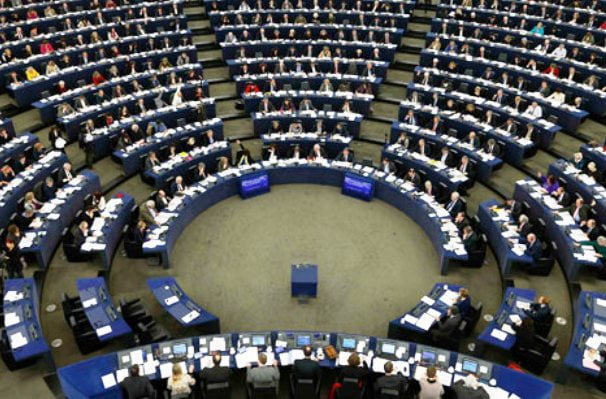 Two of the most senior politicians of the European Parliament (EP) have strongly criticized Prime Minister Recep Tayyip Erdoğan’s “treason” remarks against the Taraf daily and its reporter Mehmet Baransu, calling the prime minister’s comments unacceptable.

Hannes Swoboda, the leader of the second-largest group in the EP, said he was “gravely concerned” by Erdoğan’s remarks and the subsequent cases filed against the daily and its reporter Baransu.

Another EP heavyweight, Liberal Group Vice Chairman Alexander Graf Lambsdorff, said the Turkish government was wrong to sue the newspaper and called on the Justice and Development Party (AK Party) government to amend the rules of storing confidential documents instead of punishing journalists who publish them. He also stressed that it was “completely ridiculous” that the Hizmet movement had been put under surveillance since 2004, adding that this was “really irritating.”

“One aspect I find really irritating is there is a document that proves the Hizmet movement was put under surveillance since 2004. This is completely ridiculous given that it is a domestic group that has done nothing to threaten the security of Turkey. This is not about the [Kurdistan Workers’ Party] PKK operating in northern Iraq, this is not about other intelligence services giving away Turkey’s secrets to Iran, for example. This makes it clear that the government is spying on its own citizens, which is clearly irreconcilable within an open society,” he said.

Lambsdorff said the case filed against Taraf was unfortunately another cause of concern for media freedom in Turkey and making the practice of the profession even more difficult. “The latest action on the part of the government confirms that the understanding that the media is free and must remain free even when they publish or write uncomfortable things is not apparently there within the AK Party leadership,” said Lambsdorff.

Stressing that he was gravely concerned about the cases against Taraf, Swoboda said these were “absolutely not good signs” for Turkish democracy and would not help its relations with the EU. “This is not good for Turkey’s own sake and for its democracy. This is damaging Turkey’s image,” he insisted.

Commenting on the upcoming visit by Erdoğan to Brussels on Jan. 21, during which he is expected to meet with the leaders of political groups in the EP, Swoboda said he would convey the message that he strongly believed Turkey should be with the EU and would lend his unconditional support to sort out the Kurdish question.

While commending Iraqi Kurdistan President Massoud Barzani’s visit to Diyarbakır as “historic” and praising the initiative by Erdoğan, Swoboda characterized the Turkish prime minister’s proposal of becoming a member of the Shanghai Cooperation Organization (SCO) instead of the EU as a mistake. “It is a mistake to see the SCO as an alternative to the EU. It is not. The SCO is not about values which both we and Turkey cherish,” underlined Swoboda.

Hélène Flautre, the co-chair of the Turkey-EU Joint Parliamentary Committee, has already called the investigations against Taraf “scandalous.”

Lambsdorff, the shadow rapporteur of his group on Turkey, gave two very well known examples from Germany and the US in which the judiciary upheld the right of journalists to do their job in a secure environment free from state pressure.

The German politician said the publisher and a reporter of German weekly Der Spiegel were arrested 50 years ago for publishing documents detailing problems within the armed forces but were released by the court which upheld the principle of freedom of the media and expression. “You have a very similar case in the US which is more famous because it happened there. In the 1960s, The Washington Post published the so-called ‘Pentagon Papers.’ The government sued the newspaper but the court said ‘No, this is what journalists are there for, to inform the public about problems in the government and politics’,” he added.

Lambsdorff stressed that freedom of the press is usually superior to the need of the state to protect secrets in the hierarchy of a functioning democracy. “What has become apparent is that the state was not capable of protecting its secrets or else the Taraf newspaper could never have obtained it,” he said.