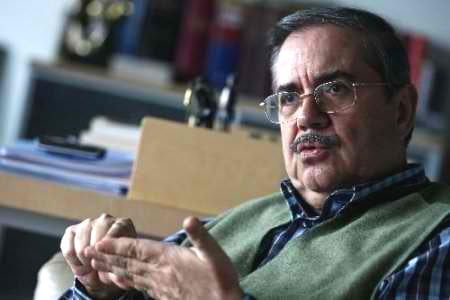 What is behind the schools associated with the Fethullah Gülen movement (aka Hizmet movement)? Since the first school abroad was opened in Azerbaijan in 1991, what is the power that has caused them to be so widespread across the world in 30 (including domestic schools) years?

Can the “green belt” theory of imperialism or “moderate Islam project” be behind these schools? Maybe not, these schools and this movement did not exist during the Cold War era, when the “green belt” theory was most spoken of. When the Bush administration introduced the “moderate Islam” theory in 2001 against radical Islamists, these schools were already 20 years old, (and domestic schools started opening in 1982). Also, what political power can create such a movement and this many volunteering teachers without social grassroots?

Sociologist Max Weber’s book “The Protestant Ethic and the Spirit of Capitalism” is an important reference book in sociology. It explains how Protestants were more successful than Catholics in Europe during the 19th century process of urbanization, industrialization, mass education and professionalization.

Catholics did not pay much attention to earthly matters, whereas Protestants believed they would obtain “God’s blessing” by being successful in the world. Catholics chose to become civil servants. Protestants had an “advanced commercial mentality united with intense piety.”

Protestant cults advised their members to stay away from earthly pleasures and directed them toward saving (capital accumulation) and trade. For those cult companies that performed with service enthusiasm and the life-discipline of piety, religious Protestant masses were available customers. Through this dynamism, Protestant countries overtook Catholic ones. The 19th century is also the era in which Protestant missionaries who opened colleges in many countries across the world overtook the Catholics.

According to Weber, because Islam is a “political religion” which does not value earthly matters and prioritizes jihad and pillage, it could not be suitable for the “spirit of capitalism.” Muslims were bound to underdevelopment in the era of capitalism.

Today, there is a wide entrepreneur segment named “Anatolian capital,” “conservative capital,” or “Anatolian tigers.” They excel in commercial achievements, opening schools and supporting schools. Weber’s theory of Islam is thus proved wrong, but his main theory that can be summarized as “religious-type working on earthly matters” has proved right.

The market and education in Turkey

In a peasant Turkey, these schools would not have been able to find many teachers to volunteer, and there were no Anatolian tigers to sponsor them either. Religious people with a peasant mentality would not be interested in such a movement either.

As Weber wrote, the market economy and professional educational factors are at an advanced level only in Turkey in the Islamic world. It is natural that as Turkey’s general level of education and entrepreneurial middle class has developed, the pious masses sympathized with this movement.

But, it is not expected that all the pious people share this understanding. At the same time, it is normal that those who desire a secular social life stay away from or  criticize this movement. In fact, modernity brings about ‘pluralism’. What is wrong is ‘aggressive attitude’, who ever shows it.

Starch secularist Prime Minister Gambetta in France in the 1880s fired teachers who attended Sunday mass because they were “anti-secular.” When he was asked why he strongly supported the missionaries in North Africa, he said they were spreading the French language. Similarly, these modern schools are spreading Turkish, let’s not forget.

*Taha Akyol is a columnist for daily Hürriyet in which this piece was published on May 3. It was translated into English by the Daily News staff.